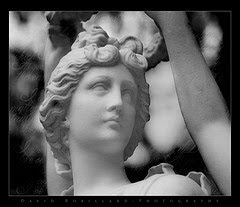 Beauty is a greater recommendation than any letter of introduction. Aristotle

"Friends talk," she says. "So especially among teenagers and college students, when everyone is trying to be the same, 'the same' is what you get." theatlantic.com

People who live in society have learned how to see themselves in mirrors as they appear to their friends. Jean-Paul Sartre, Nausea

My teenage years were the hardest. All your friends pair off. Person of restricted growth, Guardian Dec 2011

Business success is all about arrogance and toadying to those above you. Hard work and focus comes after that. Pundit on bbc breakfast (paraphrased)

What makes people "click", and instantly become firm friends or lovers? And could you harness this "quick-set intimacy" in order to make your business run better? Yes, we are in the increasingly crowded territory of high-concept corporate flirting, where social-science research is repackaged in the hope of attracting lucrative consulting gigs. The danger of the genre is often that the material has to be twisted to fit the sales pitch. Here, the authors seem almost to be doing the opposite since their vivid slice-of-life case-studies and interviews – with a police hostage negotiator, a pair of physicists, a social butterfly and some basketball-playing roommates – don't really throw up any novel recommendations ("companies can look for ways to foster a sense of a framed community"; face-to-face "interactions" are important). Instead, they proceed quite amiably, inventing bits of vague jargon ("transformative presence") and telling lots of interesting stories about basically nice people. It made me want to kick something. Steven Poole, Guardian Aug 10 on Click by Ori and Rom Brafman


I know your social conditioning is telling you’re that you’re a unique snowflake and you should never copy anything. There’s no need to reinvent the wheel. Don’t make things harder than they need to be. Do it the easy way. Modelling a person who already has it figured out will give you a huge head start. bradp.com tries to reconcile uplift with reality.

As the teacher at the centre of [the experiment], Ron Jones, says: Educational institutions weed out troublemakers and those who are difficult to teach, rewarding placid students who want to succeed at any cost and will accept authority. Kids aren't learning to ask questions. You create a population where freedom's just a spelling word.

If [he] wants to avoid an attack, he needs to avoid the things most people long for, including physical affection and giving and receiving love. abcnews.go.com

…it turns out that there is more than one kind of virginity to lose. We think of ourselves as entirely rational, independent beings with a fully raised consciousness and totally free will. It is sobering to realise that we are all just puppets, really. Puppets with unknown but formative childhood influences and outmoded but stubborn cultural cliches pulling the strings. Lucy Mangan on stylist.com Nov 2011 on how she found herself trying to fulfil atavistic good wife stereotypes – until she thankfully worked through them.

Toast the host… Stand up, speak up and sit down. If you are being honored, don't touch your glass or drink to yourself. @DianeGottsman

This was ostensibly an examination of Jackson's career... risible piece of hagiography… a chance for acolytes – who somehow managed to be dead-eyed yet fervent at the same time – to compete in a platitude-off. "She would talk about things that really hurt her. Poverty. Racism," said one of her choreographers, in breathless admiration, "She shared that side of herself in Rhythm Nation … She was just, like, 'Back off – I'm gonna be who I am and I'm gonna speak loudly for myself!' Which was at the same time speaking loudly for women. So she really became an icon of that whole kind of feminist movement." Songwriter notices aspects of the human condition and writes about them. Woman gets older and becomes more sure of herself. What insight, what unprecedented illumination of the creative process. On and on it rolled, therapy-speak and corporate PR-speak. No wonder so many celebrities go mad. it was never long before we cut back to talking heads marking supposedly seminal songs with observations such as: "It was Janet, evolving into another Janet" and "These were her moments of absolute self-definition." Lucy Mangan guardian.co.uk 19 November 2011 on Janet Jackson: Taking Control (BBC4)

I’ve had it out with one or two friends whose absence I felt especially keenly. (writer’s son has Down’s Syndrome Times Nov 14 2011) Interestingly, old friends deal with it less well than new friends. I suppose more established friendships resist adjustment because of the weight of baggage and history they bear. Old friends can feel more resentment at having the quality of their friendship questioned or being given directions regarding what is (or is not) required of them in a crisis.) I can feel some friends’ grips tighten around their perception of me. They are unwilling to let my function in their lives change…

You’ve got to start smiling at the f***ers and pretend you like them. Advice to Margaret Thatcher

But always be yourself and be spontaneous! And it's fine to be single in the 19th/20th/21st century!