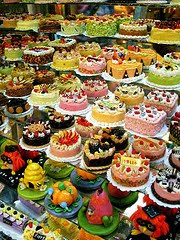 baked in the cake (things you can’t change)

bubblegum Hysterical attempts to bubblegum the whole thing together. Boris Johnson on the euro

Drive is like a big Levi’s advert starring Ryan Gosling (says a colleague).

nodding dogs The whitewashing of the behaviour of the bank’s all-powerful, bullying former chief executive and its weak-minded board of nodding dogs. Alex Brummer in the Daily Mail on RBS

PLONKITECTURE A building placed on its site with no consideration for its setting. @cowanrob Rob Cowan

PLOP ART A pejorative term for a work of public art placed with little consideration of its setting. @cowanrob Rob Cowan

side chick = the Other Woman

sub-Alcoholics Anonymous self-empowerment rubbish about breaking through walls and finding your true self (Nicholas Lezard on Tintin Guardian October 19, 2011)

They are burning holes in our industrial structure as we speak, Australian Industry Group chief executive Heather Ridout warned. Nov 2011

whipsaw In recent years, people have been whipsawed by conflicting studies about the risks posed by low levels of radiation given off by cell phones. rxlist.com 20 Oct 2011