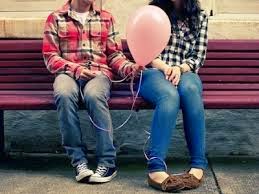 Homo sapiens, doncha love'em?
From the outside, social courtship rituals look very much like a cruel and incomprehensible game. What is everybody playing at - and why does validation as a human being, admitted into intimacy with others, seem to depend on being able to play along successfully? (Dominic Fox @domfox)

I was sick of being with my friends and them being in relationships. (Singer Sam Smith, 2014)

He studied physics at Cambridge, but clocked up none of the social or romantic experiences most students take for granted. (Re Lord Browne, Guardian May 2014)

Researchers in the US have found that people admire the cocky and the unctuous even when their pretensions are exposed. (Times May 2014)

Nunney has the annoying habit of suddenly laughing AT you though… I asked him if he had any hobbies and he burst out laughing as if I’d said a hilarious punchline. (Love, Nina by Nina Stibbe on derision as a form of flirtation. She married him.)

Never make someone a priority when all you are to them is an option. (Maya Angelou)

Fixating on a woman from afar and then refusing to give up when she acts like she’s not interested is, generally, something that ends badly for everyone involved. (Daily Beast)

The “cheerleader effect” is the phenomenon that people seem more attractive when they are in a group than when they are alone. (spring.org.uk)

Apparently, couples still shun the female singleton, fearful that she'll wreck their marriages or at least their dinner-party numbers. One survey found that half of its sample never had single women as visitors, and 19% knew no single women at all. Casual disregard for this social group goes unremarked… [Mike Leigh character is] desperately clingy, and so lonely that she bursts into Tom and Gerri's hallowed home without warning in search of crumbs of affection. She wastes their time and embarrasses them, but they can't get rid of her. (Guardian)

The five marks of the Roman decaying culture:
Concern with displaying affluence instead of building wealth;
Obsession with sex and perversions of sex;
Art becomes freakish and sensationalistic instead of creative and original;
Widening disparity between very rich and very poor;
Increased demand to live off the state.
(Edward Gibbon Circulating the internet May 2014, a fake say some.)

The [fictional] “deteriorationist”… who thought everything was getting worse and worse all the time. (Muriel Jaeger, Before Victoria)

Logical positivisim was a short-lived blip. (Julian Baggini G May 2014)

You're never too old to find out you're bad at something it never occurred to you to try. (Tim Dowling May 31 2014)

UKIP is in a perpetual descriptive frenzy of defining who is to blame for the world’s dreadfulness. The Big Three are the elite, the EU and the immigrants. And don’t start me on the humourless feminists. (David Aaronovitch May 2014)

Morality cannot be legislated, but behaviour can be regulated. (Martin Luther King)

Human beings have this amazing capacity to know but also not know at the same time. (John Banville)