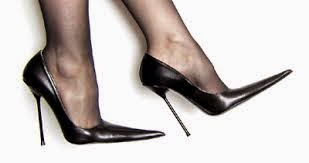 Footbinding now survives only in the West, in the form of spike heels. (straightdope.com)

Tories have always sold poverty as a character flaw rather than the fault of a society where the elite benefit and the rest make do. (Harry Leslie Smith ‏@Harryslaststand)

After opposing the use of phonics, the next best way of promoting socio-economic exclusion is to argue against a knowledge curriculum. (Mike ‏@PhonicsBlog)

It was a funny old ceremony, with the state aping everything the church did except the actual religion. (Mary Beard on her wedding, 29 years ago)

Walter Mischel’s contemporaries were interested in talking cures, but he wanted practical steps, actual things people could do to help themselves... “What if I’m preparing for a speech and I’m falling apart? Then I think, ‘Walter’s got to give this big speech tomorrow.’” (Tim Dowling, Guardian 2014-09-20)

In our view CQSW courses impart very little about how to help clients tackle the practical problems of life, preferring instead to focus on the individual pathology of clients by skimming the surface of subjects such as psychology, therapy, counselling and analysis... Development officer Shane Ellis says that more support should be available to help young people cope with the loneliness of moving out of a home full of children to their own flats. (The Family Rights Group on child abuse, 1983)

He had developed a charming persona that he could control at will, that he could switch on and off like a light bulb... The author mentions the description of the Covert Abuser as "also being angry and hostile. However, they don't express anger in the pattern of the anger addict... they may be more inclined to develop long-range plans to control and manipulate their partners. (Amazon review of a book about verbal abuse. The Verbally Abusive Relationship: How to recognize it and how to respond

Psychology, psychiatry and particularly psycho-analysis are all insistent that personal relationships, ideally both intimate and sexually fulfilled, are necessary to health and happiness. (Sara Maitland)

Being single, being alone… is one of the few things that complete strangers feel free to comment on rudely. (Sara Maitland)

Everyone tries to keep a mental note of everyone else's slate in their little group. This includes things people have said, things they have done, things they can and cannot do and the general way in which they come across. It is mostly on the basis of your slate that people will be able to make fun of you. (Marc Segar)

Yet still you wait for parties to make your moves... This could be a modern sort of relationship. One where the woman takes control. (Romantic Misadventure: A Point-And-Click Quest For Love Kit Lovelace)

Because the craze for gin suddenly sprang up almost from nowhere, gin-drinkers had no notion that it was not a good idea to drink it by the pint as they did ale... the ‘problem’ of gin was only solved when... an increase in the price of its raw ingredients simply made it unaffordable for the poor. (If Walls Could Talk: An intimate history of the home Lucy Worsley)