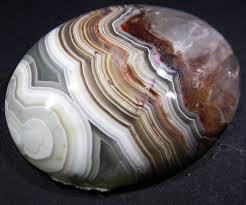 A few more clichés that didn't get into the book.

BEEHIVE HAIRDO Always host to mice, spiders, bees’ nests etc – and there was a Victorian woman who found a nest of mice in her bustle. She hadn’t the heart to move the rodents and used to feed them during dinner.

BEGGARS Don’t give them money, it enables them to continue being beggars and they’ll never get a job. (Now applied to migrants – we shouldn’t rescue them.)

BLACKMAIL Rob Roy used to demand a tithe from every cattle herd that passed over Stirling bridge – the black bulls. Hence “black male”.

BOARDING SCHOOLS Expensive public schools for the privileged – why should we feel sorry for pupils?

BUILDINGS Always being painted the wrong shade of pink. (Hugh Pearman) Most large buildings, including the Maths Tower in Manchester and the Muirhead Tower at the University of Birmingham. Mumbai’s Victoria Street station was intended for Flinders Street in Melbourne, Australia. The plans were swapped by mistake.

BULLS Charge if they see something red.

BURGLARY It’s not the loss of property but the desecration of your home that you mind.

CHRISTIANITY Remained exactly the same from St Paul to the Reformation, apart from the excesses of the Roman Catholic Church. Some “heretics” in the early days were easily dealt with.

CHRISTMAS We can’t say “Christmas” any more! And now it’s a season, not a day! (See The 12 Days of Christmas, Twelfth Night, ’Tis the Season to Be Jolly.)

CLIMATE CHANGE If the earth is warming why are there still snowballs?

COMMON COLDS Are only contagious for two days after the symptoms appear. (Science says it’s more like five days.)

CORSETS In the 19th century, all women laced their corsets so tightly that their waists measured 16 inches. (Don’t try this at home. Measurements of contemporary costumes reveal waists of 22-28 inches.)