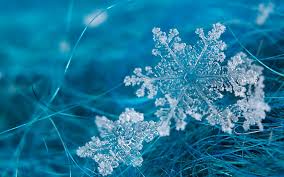 'Society,' said Mrs Merdle... 'is so difficult to explain to young persons... I wish Society was not so arbitrary, I wish it was not so exacting ... But we must take it as we find it. We know it is hollow and conventional and worldly and very shocking, but unless we are Savages in the Tropical seas (I should have been charmed to be one myself — most delightful life and perfect climate, I am told), we must consult it. It is the common lot. .... [My son] is a little gay, a thing Society is accustomed to in young men, and he is very impressible. ... Not a misfortune in our natural state I dare say, but we are not in a natural state. Much to be lamented, no doubt, particularly by myself, who am a child of nature if I could but show it; but so it is. ... 'If we could only come to a Millennium, or something of that sort, I for one might have the pleasure of knowing a number of charming and talented persons from whom I am at present excluded. A more primitive state of society would be delicious to me. There used to be a poem when I learnt lessons, something about Lo the poor Indian whose something mind! If a few thousand persons moving in Society, could only go and be Indians, I would put my name down directly; but as, moving in Society, we can't be Indians, unfortunately — Good morning!' (Mrs Merdle politely gets rid of Fanny Dorrit, whom she suspects of wanting to marry her son. Fanny is an actress.)

The nuns told us not to copy anybody and to be original. That would mean that everything we did and said had to be something nobody in the history of the universe had done or said before. At the same time they wanted us to believe 365 impossible things before breakfast, and to be 100% conformist and obedient.

Lefties are all poor little snowflakes who can’t stand a few racist and sexist jokes, but we must try to understand racists who feel excluded and unhappy.

Tell people to be consistent, while giving them contradictory advice.
Whinge about Christmas consumerism, while bewailing the recession and the decline of the high street.

Recommend not being kind to children, or helping victims, but complain of “vicious attacks” if your position on anything is questioned.
Victims are entirely responsible for their plight – unless they’re the ones whining about the “moaning”.

All lefties are insincere virtue signallers and dangerous enemies who must be destroyed.
Nobody has free will, but everybody has criminal responsibility.
We want fat people to exercise, but we don’t want to see them doing it.
We hate the nanny state, but we should “tackle” obesity.

We want everyone to be partnered, but we don’t want to make it easier for the single to meet each other.
Everyone is supposed to be part of a couple, but you mustn't "look for" someone.
You’ll be stronger on your own, but we won't invite you to dinner because it's so awkward finding someone "for" you.
Tell us you're happy being single and that relationships arrive out of the blue, while doing all you can to “find someone”.
You’ll find someone when you’re not looking – so why are there dating apps?
We are monogamous but adultery websites are big, and x% of men go to prostitutes.
Go wild! Let your hair down! – but only in the way we approve.

Children are inconvenient, but you've got to have them or be thought a freak. (And what would happen if everybody did it?)

The nuns told us civil marriages weren't marriages, but if you'd been married in a registry office you couldn't get married in a Catholic church.

Tell your fundamentalist children to get married young, while homeschooling them in social isolation.

We say we like “sassy, feisty, strong, independent” women, but put pressure on women to be “feminine”.

Women should be liberated, but liberated women can't  knit, have boyfriends, wear make-up, shave their legs, want children, or... (It was an 80s thing.)

We say that people pick up social skills by osmosis, while we are teaching them.
We can't teach social skills, but we can write books about business etiquette.
You must make an effort socially, but you mustn’t try too hard to be liked.

We say we're individualists, while conforming.
Don't think about what others are thinking about you, but first impressions count.

Everything happens for a reason (we’re playthings of fate), but we’re responsible for everything that happens to us.

Tories hate anything “regimented” – unless it’s an actual regiment.
"Why are school results so poor?", ask Tories while axing Sure Start centres.

We say we're controlled by our subconscious, but we plan our lives down to the last detail. (When pushed you may explain “I just wish I could be more spontaneous sometimes”.)

Getting what you want won't make you happy, but you can get whatever you want as long as you want it enough.

Everybody’s an equal, and there are no social hierarchies any more, but you must kowtow to the boss if you want to keep your job.

Everyone should have free speech, apart from the people who want to stop others issuing rape and death threats.

In summer, American offices are kept 4-6 degrees too cold so that men can wear business suits. (Wasting n amount of electricity, and contributing x amount to global warming.)

Election coverage is “the full horror”, but I’m wringing my hands over the way we’re “sleepwalking into a police state”.

It's OK for a bully to hit you, but not OK for you to hit back.

My placid son snapped and laid out the school bully with one punch. The bully was off school for three days. The gist of the telephone call from the headmaster was that it was a bit naughty but all the staff were delighted. To their credit, the lad's parents didn't complain and the bully calmed down and became a firm friend of my son. (JWH)
Hipsters dress the way rednecks dressed 100 years ago.

Slavery was abolished in the 1830s, but unpaid internships are legal, as is a week’s unpaid “training” work while the company decides whether or not to employ you.

If the fossil record was put there by Satan to stop us believing in God, why is there no missing link?

All change comes from within, but we talk about life-changing events.

We're getting taller and bigger, but houses are getting smaller.

Email wastes so much time! (Far more time was taken up by long phone conversations; and by opening, reading and replying to letters.)

America, land of the free, set up the first democratic state since Athens (copying the idea that democracy is not extended to women or slaves). They threw off British tyranny. But by law, the family was modelled on a dictatorship, with dad as the dictator. All the money and property was his (even if it had belonged to the wife originally). His wife and children were his property. These laws were changed in the 70s, and not everybody has caught up.

Intellectual lefties love “the people” but hate “the masses”.
Conservatives love the past, but they hate anyone to “rake up” the past (expose past crimes and injustices and bring the perps to book).

If we give young people the HPV vaccine/give them sex education/let them take the pill/warn them about STDs/let them use condoms they will have sex. Which is dangerous because they might get an STD or get pregnant (back to top).

It beggars belief that the same people that say Ebola and Zika re hoaxes believe in fake diseases like “chronic Lyme” and “yeast overgrowth”. (@Takethatmedicine)

Can right-wingers please decide whether immigrants are here to "steal our jobs" or here to "live entirely on benefits"? (Chris Ward ‏@christopherward)

How long can we go on a) developing robots and b) blaming the jobless for their "attitude"?

Hang on. I thought the problem was that migrants would work for less? But it's also a problem when they don't? (@hugorifkind Brexit Tories don’t want migrants to come here and be paid the living wage, says the Times. April 2016)

In the UK there are two constant sets of news: lack of teachers/doctors/nurses/construction workers etc and how we must stop immigration. (@KarlreMarks)

Daily Mail commenter suggests Britons should move to Australia, where they have sensible immigration policies.

A balanced approach to Brexit that starts with a change to free movement but preserves Britain as an open, welcoming place. (Andy Burnham)

Quick question: how does global blasphemy law work when one god tells followers to kill those of another god? Asking for minor deity. (@byzantinepower)

So UKIP are against Equal Marriage? I do love these 'do what you like as long as I like what you are doing' 'Libertarians'. (Martin Shapland ‏@Mshapland)

Libertarians are the ones who think that good English means following rules and want to shoot people who say “Can I get a latte”.

The same people who whinge that Britain is becoming a police state approve of boarding schools, corporal punishment and workhouses, and think the civil liberties of “yobs” should be taken away.

And it's the Libertarians who like to say we don't have free will...

I have noticed that even people who claim everything is predetermined and that we can do nothing to change it, look before they cross the road. (Stephen Hawking)

Those that deny free will in principle nevertheless act in practice as if it exists. (Julian Baggini)

The (Archbishop’s) communique speaks of marriage as a “lifelong union between a man and a woman”, when no one seriously expects the Anglican churches to denounce divorce. (Guardian Jan 2016)

Note how traditional patriarchy considers women too delicate to look after themselves in public but OK to do all the hard work at home. (Karl Sharro ‏@KarlreMarks )

These days, marriage is generally considered to be far less important as an institution, or as a step in life which people take, than it used to be. Yet the amount that people spend on wedding celebrations has gone through the roof. (WS)


Man educated in school which locked him away from the outside world for first 18 years of his life bemoans isolationist communities in UK. (‏@RetroAperture)

Boarding schools stress “individuality and independence”, while turning out “a standardised product”. (Nick Duffell, The Making of Them He also says they claim to be producing independent individuals while teaching children how to live as part of a community. But, he adds, they are not part of their local community – they hardly ever see or are seen by anybody on the outside.)

London in the 19th century was a “vast building site... gobbling up the countryside... Yet nowhere else in the world do town houses strive so hard to appear like country houses, with their large gardens and architectural features. (Nick Duffell)

While pioneering the abolition of the slave trade upon which our colonies had been founded, we helped establish our home industrial base on child labour. At the same time, popular culture espoused a sentimental cult of the innocent child... (Nick Duffell)

The daily meditations promoting liberty and the 36-page handbook that curtailed it... For all the rhetoric of communitarian governance, the divide between child and adult was as distinct and hazardous as a glacial crevasse. (Allen Kurzweil on his creepy Swiss boarding school)