What Would Happen If Everybody Did It? (2) 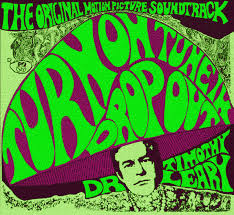 Tune in, turn on, drop out!

“Everybody should follow our dream,” says a woman who has lived on the road and travelled the world with her family for 17 years.

I downsized, and now live in the country carving wooden spoons. (Like the “entirely self-sufficient”, he depends for his living on all those who haven't downsized.)

Let's all become fregans! (Living on other people’s leftovers, and past-sell-by-date food chucked out by supermarkets.)

If Justine Greening wants grammars to prioritise children from poorer backgrounds where are the wealthy kids going to go? Comprehensives? (@omnivorist)

A degree is only valuable if other people don’t have it. (Nicholas Naumof)

As with Ryanair priority boarding, if everybody chooses it, the concept becomes redundant. (Eva Wiseman, Guardian June 2016)

Love is like a butterfly: chase it and it eludes you, wait and it comes and sits on your shoulder. (This is a terrible mating strategy.)

Think and Grow Rich (It's the title of a book by Napoleon Hill.)

All have won and all must have prizes. (The dodo in Alice through the Looking-Glass, Lewis Carroll)

Believe in yourself and never give up! (Eurovision entrant)

If at first you don't succeed, try, try again.
Let's discourage poor people from breeding. (And there’ll be nobody to do the blue-collar jobs, keep the economy going, pay our pensions and look after us in the old age home.)

Never Work Again (It's a book by Erlend Bakke that tells you how to get other people to work for you while you take the money.)

If you sit by the river long enough, the body of your enemy will float by. (So who shoved them in?)

Brewers insist their pubs buy only from them, at inflated prices. Brewers get richer. The pubs go bust. Eventually there are no pubs.

Supermarkets progressively cut the price of milk. Supermarkets get richer. The dairy farmers go bust. Eventually there is no milk.

We have so many fab beaches, a visitor can always find a quiet spot for themselves. (@visitnorfolk)

The only way to get to heaven is to sell all your goods and give to the poor.
I'm not voting – I’m a Labour voter in Kent.

Non-singers join choirs because there are enough singers to carry them.

Let's not vaccinate our children – they'll be fine as long as enough people vaccinate theirs.

I think I'd vote for any politician who could get 'none of the above' on a ballot paper-but what to do if 50%+ ticked that box? (@taraheritage)

Germaine Greer’s Female Eunuch originally included a plan for utopia: Women would live in Tuscan farmhouses, bringing up children in common. We'd save on underwear and toiletries by wearing long skirts and using charcoal for eyeliner. (Are there enough Tuscan farmhouses? What are the men going to do? And don’t you rely on most women in the world not following your template?)

Everyone should abstain from sex because all forms are sinful, wrote Early Christian preachers. (Did they realise they were writing themselves out of a job?)

Look at all the thousands of art students –
And dramatic students.
Well, yes – who are turned out every year. They can’t possibly all make a living as painters.
Or actors.
There just isn’t room.
(Peter Wildeblood, West End People)

Social mobility has not decreased, but some of it is downwards. (Guardian Nov 2014)

Graduates used to rise in class compared to parents, now fewer graduates do, because there are fewer “top-level” jobs. Solution: create more top-level jobs! (Have they compared number of graduates now and number 20-30 years ago?)

Fellow Americans, we can't all be millionaires. The pie is only so big. (‏@Jugbo)

Ear all, see all, say nowt.