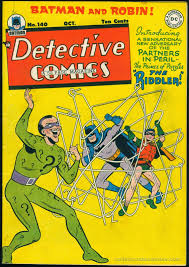 Even if at the end of the day, the bad guys... turn out to be more correct scientifically than I am, life is short, and we have to make choices about how we spend our time. And that’s where I think the multiple intelligences way of thinking about things will continue to be useful even if the scientific evidence doesn’t support it. (Web)

I have been the target of "it may be technically wrong, but it's useful" counter-arguments. Very frustrating. in a bit of rhetorical judo, they often depict correctness as closed-mindedness or inflexibility. (‏@richarddmorey, in response)

Someone tells you a good story. You say “Ha ha, yes, it’s an urban legend. Look, here’s another version.” They say: “Yes, but it could have happened.” (Or “Yes, but it’s a good story and illustrates a point.” It may illustrate your point, but if it's false, it doesn't support your point. Rather the opposite.)

Indicative of a broader truth. (Ian Dunt on finding out he’s passed on some fake news about Carrie Fisher. He’s joking, but...)

In The King's Speech therapist Lionel Logue lives in a terraced house and treats the King as a mate. In reality, Logue had consulting rooms in Harley Street and lived “in a Victorian villa called Beechgrove on Sydenham Hill. Beechgrove had 25 rooms, five bathrooms, five acres of garden, a tennis court and a cook”. And he said “The greatest thing in my life, your majesty, is being able to serve you.” But, Guardian critic Ian Jack concludes, “it hardly matters. The film is true to the substance.”

“It's made up, but it's still funny and apposite.” Andrew Middleton on the picture of George Orwell’s blue plaque with a CCTV camera attached (photoshopped). Someone said the same thing about Douglas Adams’s retelling of the “stolen biscuits” urban legend.

So Orwell never said “the working classes smell” – but he was disappointed by them, look at the way he denigrated their reading matter in that piece about Boy’s Own stories. (He was disappointed that the mags fed working-class readers a fantasy of “aristocratic” schools with titled pupils and old grey stones.)

I mean, I like truth as much as the next guy, but if we spend all our time looking backward at all the things that are wrong with what we thought we once knew, will we have room to learn anything else? And all that self-doubt cannot be good for our souls or psyches, can it? Jeff Grinvalds

Reminds me of the nun who said that people who went to Lourdes and didn't get better "had been healed in a different way". (Paraphrase.) And the therapists who tell you your psychic integration is really coming on, even though you're no happier. And the people who say a statement is "true in a very real sense" when they mean "it's false".

More on this template: The visions of Fatima may not have been genuine, but they brought many people back to the church. The latest Agatha Christie adaptations are travesties of the books, but they brought new readers to her work.