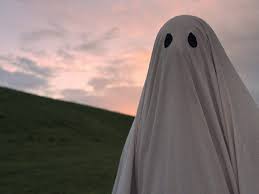 Bathos – expect the unexpected. Confucius started it with his famous saying: "There is no spectacle more agreeable than to observe an old friend fall from a roof-top."

I had a time machine soon.
Hit the nail right on the thumb.
It works in practice, but will it work in theory?
She plumbed the shallows.
If you aren't happy with what you have, be thankful for what you escaped.
It looks hauntingly unfamiliar. (FE)

Opening this box will result in death by electrocution and a £20 fine.
When they think you're being deep, don't open your mouth until their cheques have cleared.
Learn to laugh at yourself – we have!
Good luck, young man, you have a great future behind you.
Thank you for your support – I shall always wear it. (Old joke.)

For those not blessed with knowledge of pre-decimal currency, sixpence is about half an inch. (FB)

I have already lost touch with a couple of people I used to be. (Joan Didion)

The thing about Wagner is, however much of it may be lost on the listener, there's always plenty more left. (RI)

Folklore facts – Demons make excellent chefs. Most folklore facts were made up, this one is not an exception. (Thomas Brown‏ @GothicalTomB)

It thrived for a short period until public high schools became more popular, offering the same education for the low price of zero dollars. (Atlas Obscura)

Just caught up with the famous Katie H piece. Whatever you think of her views you have to admit that the woman writes unbelievably badly. (@DAaronovitch)

Communism is good in theory, but in practice it usually just ends up being destroyed in a military coup financed by the CIA. (Existential Comics ‏@existentialcoms)


Remember, kids: A-levels aren't the be all and end all to succeeding in life. You need to be skinny and good looking too. (Jason‏ @NickMotown)

Rumours that the Flat Earth Society once announced it had members all around the globe are sure to have been exaggerated. (Guardian)

I’m going to sing a duet with Elaine Paige. It’ll be a career highlight for one of us! (Julian Clary)

Punshon’s books have, until recently, passed out of print and remained there.

I have no wish to be published and, if any publishers read these stories, that wish will almost certainly be granted. (BH)

His books never failed to disappoint.

Three boos, by the way, to Frank Muir for failing to include even a snippet from [Ernest Bramah’s Kai Lung stories] in his otherwise dreadfully exhaustive The Oxford Book of Humorous Prose. (Dave Langford)

Remember kids, if you follow your dreams anything can happen. Just as long as your dream is to be as useful as possible to the bourgeoisie, so they pay you a bit better. (@existentialcoms)

Just remembered I've had half a bar of chocolate in my bag since 4pm, which has gone about as well as you'd expect really. (@JonnElledge)

They laughed when I said I wanted to be a comedian. They’re not laughing now. (Bob Monkhouse)

Toby Young. A difficult man to ignore but I'm told it's worth the effort. (Bob Cryer‏ @bobbicee)

The dining room, deep in the hotel, is a broad space of high ceilings and coving, with thick carpets to muffle the screams. (Jay Rayner, Guardian)

‏Not that I care much about Kanye, but if your hot take on whatever he's doing now spells him "Kayne" I will be ignoring it with enthusiasm. (@lucyfishwife)

If you believe money doesn't bring happiness, feel free to transfer it to my account. (LC)


Nero's sidekick Petronius managed to keep his integrity and his life for several years with barbed remarks like these:

This building is as well-built as it is beautiful. (Barnabas Calder on an ugly building in Liverpool whose brick cladding is already falling off.)

The Irish are famous for a kind of statement that makes sense on first reading, nonsense on the second, and then... It's called "Irish bull".

You can be sure to get fresh and homemade authentic English food, no matter what kind of snack you will order. But of course, you will find nothing more typical than fish'n'chips on our menu. (The Unbrexit pub in Germany. Order sauerkraut and get English food! Fish and chips is our only typical English dish!)

My daughter, Ivanka, just arrived in South Korea. We cannot have a better, or smarter, person representing our country. (@realDonaldTrump)

Irish Olympic gold-medal winners wish they could be at home celebrating with their families in Skibbereen.

I have prayed to Saint Orosia, and when the storm has passed the weather will get better.

The first note of Webern held us in thrall. (But the others? The rest of the review was favourable, however, while also leaving the reader in no doubt that the entire concert had been a form of refined torture. Times.)


I’d better stop while I’m behind.