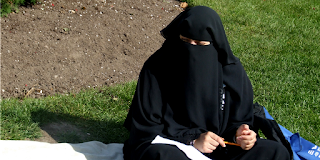 Boris writes his column very fast. (That must be why he said women in niqabs looked like "letterboxes".)

He’s not the person he was then, he’s turned his life around.


He’s a good person so that must have been his shadow side.

Bravissimo make underwear for larger women, but use average women in their advertising. They say ““We would love to use a wider range of models but this can be a real challenge due to the difficulties in finding models with bigger boobs that are comfortable and confident in front of the camera especially when wearing underwear.” The original complainer says “Other lingerie brands... routinely feature models of a variety of sizes in their marketing, and agencies specifically for plus models exist.” Bravissimo responded: “We are not a plus-sized brand... we don’t make clothes above a size 18.” (Huffington Post)

Australian former deputy prime minister Barnaby Joyce has written a memoir (Weatherboard and Iron) detailing past affairs that happened while he was married. He claims he was depressed, and self-medicated with “alcohol and carousing in bars”. A psychiatrist told him he needed “structure” in his life so he had an affair, and a child, with a colleague, though at one point he denied paternity. “Somehow I thought that creating doubt by not having all the details might switch this [media] frenzy off. You are not logical when under pressure for weeks,” he said. Finally he said that he wrote the book to “draw attention to poor, rural white Australians who struggled and felt ignored by wider society,” reports the Times. (Aug 2018)

Christopher Chope talked out a bill banning upskirting. He is pro capital punishment and conscription, and against same-sex marriage etc. But “it’s about lack of discussion of private members’ bills”. He has introduced several pointless PMBs himself with the aim of blocking others.

“We are very good pastorally" is one of the first excuses you hear in schools failing working-class kids. Also loads of references to ‘our type of kid’, and a constant reference to differentiation for the less able. (Ros McMullen @RosMcM)


A group of FTSE 350 chairs and chief executives were asked why they didn't appoint more women to boards:

"I don't think women fit comfortably into the board environment"

"Most women don't want the hassle or pressure of sitting on a board"
"Shareholders just aren't interested in the make-up of the board, so why should we be?"
"My other board colleagues wouldn't want to appoint a woman on our board"
"All the 'good' women have already been snapped up"
"We have one woman already on the board, so we are done — it is someone else's turn"
"There aren't any vacancies at the moment — if there were I would think about appointing a woman"

The Flemish highways agency this week admitted it was cutting down trees to stop migrants hiding behind them. (April 2018)

Jeremy Hunt says he “forgot” to declare the purchase of 7 luxury flats, in an “honest mistake”.

The Kennel Club says it doesn’t want to bring in stricter rules (on dog breeding) in case they deter people from registering.

Alexander Nix, boss of Cambridge Analytica, caught on camera explaining how to entrap politicians with prostitutes: “There’s an English thing about being slightly embarrassed when someone starts going off on one like this and you humour him a bit and then you leave.” (March 2018)


Biographer: Norman Mailer was never accused of hurting any women.

Interviewer: He stabbed his wife!

Biographer: Oh, he stabbed his wife, yeah. He... had a complex relationship with women, and he regretted many of the things he said about them. ... His point of view was, well, “I am doing this to create a debate”.


Interviewer: I've been told Dinsdale Piranha nailed your head to the floor.
Stig: No. Never. He was a smashing bloke. He used to buy his mother flowers and that. He was like a brother to me.
Interviewer: But the police have film of Dinsdale actually nailing your head to the floor.
Stig: (pause) Oh yeah, he did that.
Interviewer: Why?
Stig: Well he had to, didn't he? I mean there was nothing else he could do, be fair. I had transgressed the unwritten law.

We have an obesity crisis so it might be a good thing to have a bit less food. (Aug 2018, on a no-deal Brexit and food shortages.)

Apr 25 Conversation with Brexit voting Brit yesterday.
Him: I voted Brexit to shake things up.
Me: But you export from the UK all over the EU, won't Brexit impact your business?
Him: No, the govt will cancel Brexit at the last minute, they're just teaching the EU a lesson.
(‏@petertimmins3)