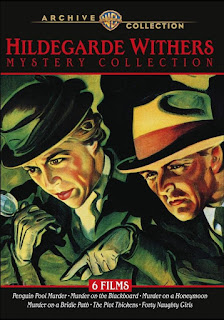 In Who’s Next?: Decoding the Reasons behind the Lack of Female Detectives in Literature (feminisminindia.com), Srijani Roy raises some interesting points. I'd love to read some of those Bengali mysteries she cites. However, she makes many sweeping statements.

“Working women in the early 18th and 19th centuries who worked outside the “domestic sphere” were naturally considered to be predisposed to crime.” Including street sellers (see “Cries of London”), shop staff, seamstresses, lacemakers, barmaids, agricultural workers, actresses, dancers, singers?

“Rational thinking for centuries was perceived to be the sole possession of men.” She’s right about that - this received idea was still current in the 70s.

“What is surprising is that female authors like Agatha Christie despite being a woman herself prefer to have male protagonists,” Roy opines. Apart from Miss Marple, see Victoria Jones in They Came to Baghdad, Hilary Craven in  Destination Unknown, Emily Trefusis in The Sittaford Mystery. Anne Beddingfield in The Man in the Brown Suit. Ginger Corrigan in The Pale Horse. Bundle Brent in The Secret of Chimneys and The Seven Dials Mystery. Lady Frances Derwent in Why Didn’t They Ask Evans? Egg Lytton-Gore in Three Act Tragedy. Jane Grey in Death in the Clouds. Mary Drower in The ABC Murders. Maude Williams in Mrs McGinty's Dead. Jennifer Sutcliffe in Cat Among the Pigeons. Dame Adela Lestrange Bradley, Gladys Mitchell's series detective. Miss Marple stars in 12 novels and many short stories. Tuppence Beresford is no shrinking violet. Dorothy Sayers' Miss Climpson (Strong Poison and other titles) is a professional detective, as is Patricia Wentworth's series character Maud Silver.

Roy even asserts that women can’t be detectives because detectives smoke! “However, for a woman who is beautiful and uses her charm and wit to get her way is a strict no-no. A woman as always prescribed by society should be docile and silent with no voice of her own.” Tell that to Lily Langtry, Dorothy Parker, Mae West.

She quotes Glenwood Irons: “Women detectives created in the past thirty years are outgoing, aggressive and self-sufficient sleuths who have transcended generic codes and virtually rewritten the archetypal male detective from female perspective.” So to succeed as a detective a woman must be an imitation stereotypical MAN?