Syndromes We Don't Have a Name For in Short Quotes: 7 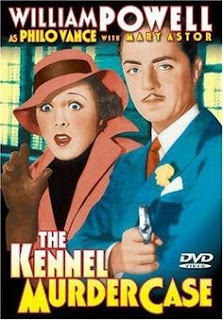 He also had to endure the thought that the “boy wonder” was now regarded everywhere as a has-been. (Crimereads.com on author Willard Wright. His mysteries written as "S.S. Van Dine", featuring detective Philo Vance, were a great success.)

What I have understood about the English I meet is their suspicion of generalizations, of abstractions, so easy for an American. (David Plante)

He’ll always vote for the cruellest/nastiest option. (Via Twitter)

To be an enthusiast had become her social vocation. (War and Peace)

Hostesses who need so badly to be good hostesses that they’re suffocatingly overbearing. (@BeaDeeH)

His early radicalism was tempered over the years. (The Jewish People, Their History and Religion, John D. Rayner and David J. Goldberg)

Fascinating and weird how failed artists have a tendency to drift ever more rightward and conspiratorial. (@Otto_English)

She not only straightens pictures when she visits, but moves furniture and offers advice on coordinating the colours. (chroniclesmagazine.org)

You know that extremely common public attitude of "you can't understand this, you're too educated"? (@entschwindet)

The more power the right has, the more it thinks the left controls everything. (@PaulbernalUK)

‘Must get ahead of bicycle’ syndrome, followed by ‘can’t let bicycle get ahead again’ syndrome. (@IrishCycle)

He agreed in everything everybody said, altering his opinions without the slightest reservation upon the slightest possible contradiction. (WM Thackeray, Snobs)

It seems to be a national sport to ruin listed buildings on the quiet. (Jane Schofield)

The public wants to think that stars wrote their own books. (Interviewee on the BBC)

Labour strike me like a weak man trying to keep both his wife and his girlfriend. (AG)

The otherwise Law Abiding were corrupted with a giant case of "When in Rome" or "Everybody's doing it" logic. (Imdb on The Roaring Twenties)

He’d begin with rapturous flattery... and then shift to self-regard. (New Yorker on author Daniel Mallory)

A personnel shuffle with the usual loss of collective memory. (Via FB)

If you want to know what a conservative is doing, just find out what they're accusing liberals of doing. (Michael Scott)

The psychopaths had learned the lingo to describe feelings very accurately. (Independent, 2019)

Someone at whose feet she could sit, yet someone she could direct and dominate. (Martin Edwards)

Epicurus, another figure who spawned acolytes and an "-ism" that he'd have found unrecognisable. (@byzantinepower)

Some families collect grudges the way someone might collect Toby jugs, and then they give the grudges to their children, like heirlooms! (Rupert Maddog Reynolds)

Many extreme types seem to flit from party to party. Finding a ladder they can climb is more important to them than policy/loyalty. (@janeyk72)

They may reappear, but weaker, with fewer followers. In time, they’re spending more time building their network than it’s worth. (Mike Stuchbery on exposing neo-Nazi groups)

My wife watches me load the dishwasher, her face creased with pain. Soon, she will commence the Great Redoing. It is the way of things. (@OwensDamien)

If your default mode is "picking holes in everything done by people who aren't you", "actual effect" is irrelevant. (@JohnB)

An ugly day of reckoning is inevitable.

Many family members collude with and protect abusers even after seeing overwhelming evidence.

Your in-laws’ style is to find other people’s vulnerabilities and relentlessly needle them.

My neighbours are aware their house looks terrible and have been claiming for years that a painter is coming to spruce the place up at any moment.

She tells family members: “I talked to my therapist about you, and she thinks you’re [insert armchair diagnosis here]”.

I almost admire your SIL’s ability to mine conflict from a seemingly peaceful landscape.