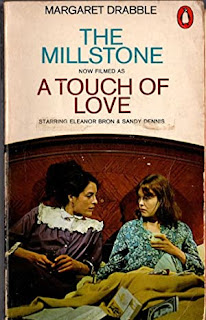 The decade immediately previous to the one you’re in is the “decade that style forgot” or “the decade that dare not speak its name”. We’ve come a long way since then! (Usually from people in their late 20s.) The converse of "dated" is “timeless”, which usually means “we can go on selling it”. A truly timeless book would be bland and dull.

Marking the report card of the past from the ideological perspective of the present is an unproductive use of leisure time. (John Lanchester on past mystery writers)

It's interesting reading the comments of those who dislike this movie; they either call it "dated" and so disregard it, or "ludicrous" in that it could never happen; that way they don't have to take the concept seriously and so aren't threatened by it. Well, history is dated. That's why it's history. And we learn history supposedly so that we won't repeat the mistakes of the past (I wonder if that's ever worked?). (imdb commenter mercuryix-1 on The Forbin Project)

The bitchiness of this comment: "We’ve done several architecture and interior projects ... not stuck within an archaic Postmodern framework". (Douglas Murphy)

Giggle, the book is so dated, giggle. While I live in the one time in history which is non-ridiculous and will forever remain a standard of what is cool and normal. (Goodreads.com reviewer parodies the concept)

One of the labels I've found annoying in reference to books and films of decades past is 'dated,' as if a work of art can't be worth one's time if it was about its own time. (Amazon reviewer)

Written many years ago, the language used in the book may appear somewhat archaic to new readers of Dennis Wheatley. But it would not benefit from updating as this was the idiom of the day. (Amazon commenter)

People appear to love the past most when it looks like the present, hence the greater focus on the most "modern" stuff. (Xavier Lechard on trends in past mystery writers)

A word which other reviewers have used about the book is "dated". That is, in itself, not necessarily a criticism of a novel. After all, writers write for, and about, their own era, and they are not to blame if social attitudes change over the succeeding decades. (Amazon reviewer on Margaret Drabble's The Millstone. When the book was written, the succeeding decades hadn’t actually happened.)

Unlike many period fiction books this book was actually written at the time it portrays so there is no problem with anachronism or badly researched details. (Amazon review of Dorothy Sayers’ Have His Carcase)

I've got an even worse one for you. From a review of Gladys Mitchell's Speedy Death: While the author was herself writing in the 1920s (the copyright is 1929), the TV movie version manages to capture the style, culture, attitudes and technology of the era far better. [...] It's as though the writers who recreated the character for TV and rescripted the tale presented in the book had a better understanding of the time period and what constituted it than the author. The author gives no real sense of time other than casual mention of the war and interrogating German prisoners of war. Lush descriptions of interior decor, of dress and make-up for the period are lacking. (Jack Hamm)

And this is why current writers produce historical novels – or still worse, films – whose characters spout today's ideology.

The opposite of dated is "extraordinarily forward-looking for its time".