Who Cares Who Killed Roger Ackroyd – What About Flora? 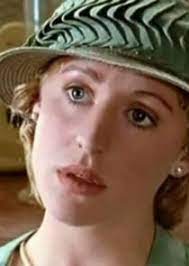 Flora Ackroyd, the 20-ish niece of Roger Ackroyd, is in a terrible fix. Her uncle is a self-made man, and he has invited the penniless Flora and her mother (his sister) to live with him. They have their room and board, and a very small allowance – Roger, though generous with his houseroom, is mean with money.

Flora, who is now upper-middle-class by association, has nothing to do but hope to attract a reasonably well-off man. If her husband can't "keep her in the style to which she has become accustomed", she'd be letting her family down. Having clawed their way up, they don't want to be seen to slide down the class scale.

But Flora has a problem. Her allowance does not cover the clothes she needs to attract rich suitors. So she turns to crime, confusing the evidence about the murder and making herself miserable. She likes a houseguest, Major Blunt, but he is a principled man who won't want to marry a petty thief. (See The Mystery of the Blue Train and The Moving Finger for the transformative effect of expensive clothes.)

I have always wondered why she doesn't just get a job. However, she isn't qualified for anything. The only roles available to her would be – as Christie explains in other books – companion or governess. But both would take her away from home and she'd be unlikely to meet any rich men. She could, like another character in the book, go downmarket as a parlourmaid or Woolworth's shop girl. But she'd be recognised by family friends. She can't even learn to type at home – that's not something you can keep secret. Plus, jobs as a shopgirl or typist wouldn't earn her enough.

When Agatha Christie went round the world with her husband and an official boosting the British Empire exhibition, she was so seasick that she threatened to get off the boat at Madeira and get a job as a parlourmaid. She thought she'd be quite good in the role. Was this the ultimate plan behind her disappearance?

To find out what happens to Flora, read The Murder of Roger Ackroyd.

More about Christie here, and links to the rest.
That's Flora Montgomery above in the 2000 dramatisation.