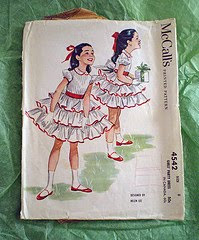 Be spontaneous, live for the moment, don't make plans, just go out and have fun! Yeah.

Many people will always see the self-help industry as a cynical money-spinner. bbc online Nov 2011

Self-empowerment rubbish about breaking through walls and finding your true self. Nicholas Lezard Guardian October 19, 2011

"This is one of the crazy romantic myths of the 1990s" Stephen Pinker on the idea that violence is caused by lack of self-esteem. “There is no data behind the self-esteem movement in the first place.” Radio 4 Oct 11

“...most readers already have learned that expressing one's individuality is often at odds with fitting in with the popular crowd. So, while many of the rules here, including "Don't follow trends - set them!" "Be independent," "Be yourself," and "Stand tall," are positive nuggets of advice (if not to say old chestnuts), they may not go down with the target audience...” Amazon review of How to Be Popular book.

Her reply had been prepared for some time. Agatha Christie (to the question “What made you look in the sarcophagus in which you found the body?”)

The psychopathic traits on which the bosses scored so highly… closely resemble the characteristics that companies look for. Those who have these traits often possess great skill in flattering and manipulating powerful people. Egocentricity, a strong sense of entitlement, a readiness to exploit others and a lack of empathy and conscience are also unlikely to damage their prospects in many corporations. Guardian commentisfree Nov 8 2011

Counterfriends: The complete strangers you talk to at a house party who are assembled around the neutral zone of the kitchen counter. Like you, they may know only a few people at the party, including the super-mingling host, and are looking for counterfriends. Urban Dictionary (not suitable for those of a nervous disposition)

I did learn quickly to hide my A grades and not talk too much in class. bps-research-digest.blogspot.com

Your daughter hasn’t been invited to a party. “If she wants to approach the host, help her role-play what to say.” etiquettedaily.com

[Paris syndrome occurs] during trips which confront travellers with things they have not previously experienced and had not anticipated. Wikipedia

Hoping the dress would help me fit in [at New Parents’ Night] was my first mistake. It was a cheery summer day-dress and everyone else was in serious cocktail attire. I was alone in Manhattan for the first time. The women were extremely glamorous and the men polished and gleaming. Alone, slightly dishevelled and distinctly British-looking, with a barely made-up face and flip-flops, I must have looked desperate, because nobody spoke to me at all. It was my first experience of going to a party where I couldn’t smile brightly and push my way into anyone’s conversation. After 15 minutes of failing to communicate, I sidled out and ran away crying. Times magazine October 2011, Sarah Kennedy

Through necessity, I’ve found myself associating with guys I’d never have been friends with at university. But I need someone to go out drinking with. Times May 27, 2008

Humans long for affection and tend to be affectionate to those who offer it. David Levy, author of Love and Sex with Robots

All such [interiorizing] approaches have their foundation in a general cultural assumption that is very hard to shake off - ie that fundamentally we are all individuals who just happen to find ourselves in societies. I suspect that it might be more accurate to say that fundamentally we are social creatures who just happen to feel as individuals. David Smail

You can stop working on your material, peel off the constricting pantyhose of vivacity and relax. Julie Burchill on marriage

A realistic goal is based on who we are - not who our boss, parents, spouse or any other external driver thinks we are. coachingintogreatness.com

The secret of attractiveness is making other people smile, according to a study by British psychologists. Experiments at Aberdeen University found we are more likely to think a person is good-looking if we catch members of the opposite sex smiling at them. Tests show that our taste is always swayed by the attention people receive from others. Ian Sample, January 17, 2007, The Guardian

When you meet someone new, before you’ve had time to build up some social standing in their eyes, don’t do anything that will get you negative reactions from the surrounding crowd. Dr Pam Spurr Times, April 15, 2009

Even in areas that aren't "formally" organized (eg school) dominance and status issues are a primary concern of the students who vie with each other to be the most "cool". We so dislike being at the bottom of a hierarchy that we naturally form coalitions that help to check the power of the dominant groups. (Web psychologist)