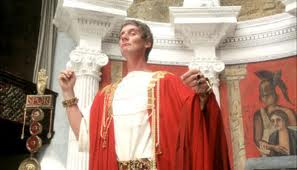 Never mind that nobody ever said “Play it again, Sam” or “Come up and see me some time”, sometimes misquotes are snappier than the original. BUT some quotes are oft-quoted with the wrong meaning, or misquoted, or misattributed in a way that matters. Or oft-quoted to support a point of view they actually demolish.
More here, and there are some good ones at the Military Officers Association of America.

What is truth? said jesting Pilate, but wouldn’t stay for an answer. (Francis Bacon, not the Gospels. People tend to say it when losing an argument from lack of data.)

When Jesus said “the poor are always with you” he meant there’d always be rich and poor. (Actually he said "For ye have the poor always with you; but me ye have not always.")

The definition of insanity is doing the same thing over and over and expecting different results. (The quote has been attributed to Benjamin Franklin, Mark Twain, Albert Einstein and Rita Mae Brown. The earliest verified source is Narcotics Anonymous, 1981. - Wikipedia)

A man who, beyond the age of 26, finds himself on a bus can count himself as a failure. Margaret Thatcher (Attributed to her in Commons debates, 2003 and 2004. According to a letter to the Daily Telegraph by Alistair Cooke on 2 November 2006, this sentiment originated with Loelia Ponsonby, Duchess of Westminster, who said "Anybody seen in a bus over the age of 30 has been a failure in life". In a letter published the next day, also in the Daily Telegraph, Hugo Vickers claims Loelia Ponsonby admitted to him that she had borrowed it from Brian Howard. There is no solid evidence that Margaret Thatcher ever quoted this statement with approval, or indeed shared the sentiment. - Wikipedia)

If t’were done when ‘tis done, t’were well it were done quickly. (Macbeth meant “If it’s over when it [the murder] is done, it’s better to do it quickly”. It’s dramatic irony – see the rest of the play.)

to the manor born (It’s from Hamlet and it’s “manner”.)

ignorance is bliss (“Where ignorance is bliss, ‘tis folly to be wise” is the last line of Thomas Gray’s Ode on a Distant Prospect of Eton College. He watches the boys and ponders “Alas! regardless of their doom, The little victims play”, foreseeing the pains and sorrows adults can’t avoid. He didn’t mean that ignorance is a good idea in all situations.)
Posted by Lucy R. Fisher at 11:34