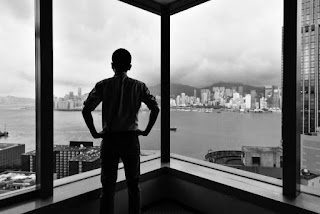 50 Cognitive biases to look out for from visualcapitalist.com “to be aware of so you can be the very best version of you”.  They're more likely to help you think more clearly than improve your character – but I suppose you can define practically anything as "become your best self".

Self-serving bias: I got where I am thanks to hard work, not being supported through school and university by my rich family.

In-group favouritism: He’s an Anglo-Saxon protestant middle-aged male, so we shouldn’t prosecute him for child abuse.

Bandwagon effect: But Muuum, EVERYBODY’s got one!

Groupthink: Everyone I know says the earth is flat, so maybe it is in a very real sense.

Halo effect: He does a lot for charideee...

Moral luck: God was on our side.

Curse of knowledge: What is in my mind must be in your mind.

Spotlight effect: Everyone will notice the soup on my tie.

Availability heuristic: X must be the best – it’s the only one I’ve heard of.

Defensive attribution: What X did wasn’t so bad – wouldn’t we all have done the same?

Naïve realism: I see things as they are – other people are deluded. (You could be right.)

Naïve cynicism: Everybody’s out for Number One, whatever they say.

Barnum effect: My greatest fault is generosity? You’re so right!

Dunning-Kruger effect: The less you know, the more you know.

Anchoring: The musical director can’t be telling us to breathe – I’ve sung in choirs all my life and they’re always saying “You can’t breathe there – or there – or there.”

Google effect: Makes finding info too easy, so you forget it.

Reactance: NObody tells me what to do! I’m going to do the opposite, so ner!

Confirmation bias: There’s no such thing as free will – I read an article saying so in New Scientist in 1984.

Backfire effect: “The evidence that disproves the conspiracy was probably faked by the government.”

Third-person effect: Crowds mourned Princess Diana – but only because they’d been manipulated by the media.

Belief bias: Well, that sounds reasonable. And it supports what I was saying.

Availability cascade: Passing on urban legends makes you more popular. Debunking them does the opposite.

Status quo bias: There may be an easier way, but I’ve always done it this way. (See Baby Duck Syndrome: users cling to outdated applications because they were so hard to learn and they think any learning process will be the same.)

Sunk cost fallacy: I’ve spent a lot of money on my children’s schools – they MUST be the best form of education. OK, so they ring up and plead tearfully to be allowed to come home, but they’ll settle down.

Gambler’s fallacy: Red has come up 20 times – it must be Black’s turn!

Zero-risk bias: The risk is tiny – that’s the same as non-existent!

Outgroup homogeneity bias: He’s one of THEM, and they’re all the same.

Authority bias, fallacy of authority: Science has proved... The early church fathers taught... The man in the white coat recommends...

Placebo effect: If you think the treatment will work, it will (The effect is real, but small. Friendly, smiling medical staff can help.)

Law of triviality: “Rather than figuring out how to help the homeless, local council wastes time discussing bike paths.” And it’s much easier to nitpick about punctuation or wording than to debate issues.

Zeigarnik effect: Don’t just have a todo list that makes you depressed, make a “have done list”.

Ikea effect: I MADE that Billy bookcase.

Ben Franklin effect: Doing someone a favour increases your likelihood of doing them another favour.

Bystander effect: "Someone else will ring the police."

Suggestibility: Tell me about that time you were lost at a fairground...

False memory: I can see myself sitting at a table in the park and my friends in the distance waving...

Cryptomnesia: The opposite – we can’t believe something happened, so we assume we imagined it.

Pessimism bias: Nobody can help me.

Optimism bias: I can, and I will!

Blind spot bias: Other people are awfully biased but I’m not affected by that kind of thing. (This is probably “unconscious bias”.) Or “I can't be biased against the Jews because they’re white and rich” or “I didn’t know anti-Semitism was racism”.

Stereotyping: Boomers are useless at tech and all have houses and pensions which they have taken away from US, and besides they’re all sexist and racist. Conversely, young people are easily triggered snowflakes looking out for reasons to be offended.