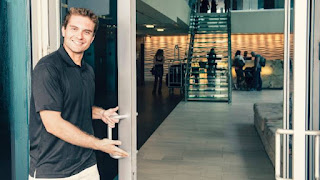 My mother told me the story that when I was little, a woman on a bus said to me "Look there's a gee-gee". And I turned to my mother and said "Does she mean that horse?" (HC)

My six-year-old somberly came to me and asked if she was born evil because she was a white person, something she learned in a history lesson at school. (@realchrisrufo Loudoun County mother)

Today my 4yr old asked can we go to England again? Curious I asked why? He answered roads aren't as bumpy and its nicer. Even more curious I asked nicer than where? Answer "Glasgow isn't nice, people drop rubbish & park cars on pavements". Says it all that a 4yr old can see it. (@bawbag03)

My son, a U.S. Marine stationed at Camp Pendleton just called me... “Dad, I will be leaving the military if they try and force the vax on me". (@GuntherEagleman)

My friend told me today that she had to see her GP for an unrelated matter. The GP asked if she’d had any Covid jabs. When she answered no he high fived her! Not all doctors are corrupt or useless. (Via Twitter)

My father once was waiting in a shop checkout queue and noticed the checkout person at the till was very unpleasant and rude. As he took his change after paying, he said "I should sue, if I were you". The cashier glared up at him, so he continued "The charm school; it didn't work", and walked away. (GL)

I was misgendered at a clothing store today and I sobbed all the way home. (Via Twitter)

We once picked up wrong suitcase in Toulouse airport and found it full of Mother’s Pride and Dairylea Cheese Spread. (CH perpetuates the myth that the British on holiday take all their own, familiar food.)

This early 20s looking chick was entering a building and a dad walking out told his two young sons to “step aside and hold the door open for the lady” and this bitch just gets the biggest scowl on her face. like? Screw you nasty feminist women for thinking you’re above chivalry. They held the door open for me too, and don’t worry i made sure to thank those young gentlemen as classy individuals do. (@morganisawizard. There are many versions of “I held the door open for a woman and she just scowled at me and never said thank you therefore all feminists are vile and we should ignore their requests”. This story may originate in downmarket tabloids.)

I've been looking to buy an angel for the top of my Christmas tree without success, are they banned now? (@valoakley25. Perhaps because it’s September? Presbyterians in Scotland outlawed Christmas in 1640. In 1647 Parliament banned Christmas, Easter and Whitsun festivities, services and celebrations, with fines for non-compliance. Christmas came back in 1660, and nobody has banned it since.)

Started talking to the guy next to me on a plane. Real talk about the state of the world started up, obviously. Whole cabin around us was soon chiming in, "Thank God for you guys; I thought I was the only one." Start speaking up, honestly and everywhere, without fear. (@ConceptualJames)

An ex business partner once called the Chinese "Minister for Information Security" an "Obstructive duplicitous ****". To his face. We suspect the only reason he got away with it was said minister not speaking any English, and that the translator also present "softened it slightly in translation". AJB (The euphemism is usually given. Eg “He said you were hardheaded but subtle, sir.”)

Just been in to Sainsburys filled up a trolley, took it to customer services and said I would have bought all this here but I don’t support retailers who oppose free speech and walked out. Have fun putting it all back. (@LostandUnfound1. There are many versions of “I just walked out leaving my shopping”, too. Sainsbury's withdrew their advertising from GB news after customers complained – I think that was the "attack on free speech".)

As my [immigrant] neighbour once said to me “You English are SO stupid. You give us everything for free. Only a fool would do that’”. (@NW11851)

A long-ago coworker told me she was walking through a public courtyard when the elastic in her knickers gave way. She let them fall, stepped out, and called out the gapers: "Haven't you ever seen a pregnant woman before?" (Linda Shoun. More likely when knickers were held up by one button.)

My mum says that my grandfather remembered walking in front of a young woman in a hobble skirt (possibly in Glasgow) whose drawers suddenly fell down. She booted them into the gutter without more ado. And my great grandmother's brothers apparently put a small basket of fruit on some woman's bustle. The bustle was so extensive that she didn't realise. (LW. Katharine Whitehorn in Whitehorn’s Social Survival recommends kicking the garments under the nearest sofa, or picking them up and asking “Anybody’s?”)

A librarian told me the most peculiar item she'd found left in a book as a bookmark was a rasher of bacon. (Joan Hobson)

While his wife and son were shopping, a friend of mine waited outside the store with his dog. His son had just finished a can of drink and had given it to his dad to hold, who stood idly jingling the ring-pull. The next moment, a young lady, hurrying into the shop, dropped a penny into the can! (From a women’s magazine, mid-80s. See Ian McKellen in tramp costume for Waiting for Godot, mistaken for a beggar, coin in hat, Conan Doyle's The Man with Twisted Lip, the woman who owned the New York building who happened to be sitting on the front steps with an empty coffee cup etc etc.)

When the first Macdonalds opened in Moscow, there were long queues. But one man left half his burger. "Didn't you like it?" “Oh yes, such wonderful meat! I’m taking the other half home to my wife.” (Subtext: the poor Muscovites are so deprived they think a Macdonald’s burger is a luxury.)