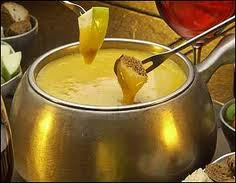 Most clichés are metaphors, most metaphors are clichés. If you don’t know the literal meaning of a metaphor you end up with a garbled cliché.


Michael Bywater was sending the whole thing up when he wrote this in the defunct magazine Punch some time in the 1980s:

...a seething volcano, ninetenths submerged in the melting pot which one day will explode beneath our feet like a boomerang to engulf us all in a whirlwind of dragon's teeth. It will be too late to close the stable-door then; the juggernaut, uprooted, will have left the sinking ship to shatter into a thousand fragments, leaving our ivory towers with their feet of clay becalmed and beating their wings to retain a perilous grip on the arid and storm-tossed quicksands of society.

Jane Smiley ... shows a tin ear for figurative language, so that Dickens learns from a crucible, an infinitely branching tree is bolstered, and restlessness infects every facet. (Adam Mars Jones on Jane Smiley on Dickens, Observer, 25 August, 2002)

They remain a mirage, a Holy Grail waiting patiently in the wings.

[Sharon] gave an ultimatum to the Palestinians: either come to the negotiating table under the umbrella of the road map to peace or face unilateral action by Israel. (Guardian, 19 December, 2003)

A suite of targets across a basket of core activities (Framework for the Future: Libraries, Learning and Information in the Next Decade)

[She] has personally rolled up her sleeves to stiffen the White Paper's sustainable sinews and it seems highly improbable that the nuclear industry will get more than a token nod along the lines of "keeping the door open for the long term". (Jonathan Porritt, quoted in the Observer, 23 February, 2003)

I was criticized for advocating any concept that dared to stray from the shoe-box straightjacket.

These events spawned a new strata of products.

White Paper May Be Watered Down

This is a watershed, fraught with further erosion of relations. It encourages tensions to snowball.

There is no gene pool to sculpt [among bdelloid rotifers] (Richard Dawkins, The Ancestor’s Tale)

Scots are readily sickened by the avalanche of money that has rendered them impotent. (Melanie Reid, Times, 22 October, 2007)

British Leg would be Flashpoint (Times headline re the Olympic torch route, March, 2008)

The sacred cows have come home to roost with a vengeance.

There are fears the contaminated water could spark an epidemic (Guardian, 17 May, 2008)

They tread upon the last-fool hypothesis, as only hollow men can.