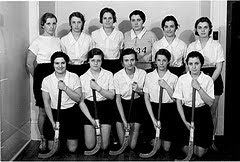 What was quickly impressed upon us was that we were a team... We were being moulded into a conforming, disciplined unit. We dressed the same, talked the same, thought the same. There was no place for those who were different. Chris Blackhurst, Evening Standard City Editor, August 30, 2006, on working in the city

For younger people, work is an important social centre, a place to make friends and attract a partner. So their behaviour at work was about being entertaining, drawing attention to themselves and putting on a display. Guardian July 31, 2004

To be shown love is to feel ourselves the object of concern. Our presence is noted, our name registered, our views listened to, our failings treated with indulgence and our needs administered to. Under such care, we flourish. Alain de Botton

Nowadays we tend to be patronized into believing that it’s all there for us if we’d just work a little bit harder. Letter to Time

Researchers generally agree that the main components of anyone’s personality can be boiled down to five different aspects: neuroticism, extraversion, openness, agreeableness and conscientiousness. How a person rates in these five categories can predict many important life “outcomes,” such as health and mortality, academic success, job performance and the ability to have successful, lasting romantic relationships. (msnbc)

Monkey society is governed by the same two general rules that governed the behaviour of women in so many 19th century novels. Stay loyal to your relatives … but also try to ingratiate yourself with the members of high-ranking families. Dorothy Cheney and Robert Seyfarth of the Uni of Pennsylvania in Baboon Metaphysics

A year later all the bullies want to be your friend. (Catherine Tate)

A new study suggests abandoning insurmountable goals may be a prudent measure as internal markers of our body’s response to stress are lower among individuals who decide to cut their losses. Psychcentral.com

Once you've rehearsed to the mirror or a friend, it feels easier to say in person. Cornell University's Ask Uncle Ezra

Becoming human is learning to use our higher brain centers to reason through complex issues and find guidance from principles, values, goals and long-term planning. Uncle Ezra

But don't forget to be yourself and be spontaneous - if you can square it with the advice above.