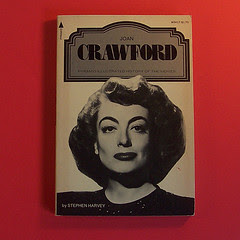 The words we use for how other groups speak reveals what we think about them:

brogue Americans use this word for Irish, Scottish and English accents (thick Scottish brogue – they even say “thick English brogue”! Oh well, we used to say they spoke in a nasal drawl.)

lilt Over and over in the voices of film stars as different as Joan Crawford in Mildred Pierce and Katharine Hepburn in Suddenly, Last Summer, I heard the echoes of my own voice, the patrician inflections of characters who conversed in a manufactured Hollywood idiom meant to suggest refinement and good breeding, the lilting tones of Grace Kelly in Rear Window, Bette Davis in Mr. Skeffington, Tallulah Bankhead in Lifeboat, or even Glinda the Good Witch in The Wizard of Oz. …the high-society, charm-school intonations of the Park Avenue matrons who rip each other to shreds in the gracious accents of an Anglophilic argot concocted by the elocutionists at the major studios. Only Joan Crawford, the inimitable Crystal Allen, a social-climbing shopgirl who claws her way up to the top [in The Women], can speak in both accents as the occasion requires, one for when she is at her most deceitful, hiding her common upbringing beneath the Queen's English of the New York aristocracy, and the other for when she is being her true self, a crass, money-grubbing tart who gossips viciously with her equally low-class cohorts at the perfume counter. [Anne Baxter does the same in All About Eve.] Daniel Harris in the New York Times

modulated American for speaking in a low, gentle voice, not yelling out of the window. They think all English people speak like this.

speak out Speaking out is always good. Pauline Pearce “spoke out” against looters, in the week of the riots last August: “I hope that I will encourage other people to speak out, to protect their communities.” Sometimes it means “give the liberal viewpoint”: Pope to speak out against abuse. Gen Petraeus speaks out against Koran-burning.

thick It is almost impossible to find an example of Jesus Christ being depicted without an extremely thick British voice too, even though the man was a Palestinian Jew. TVtropes