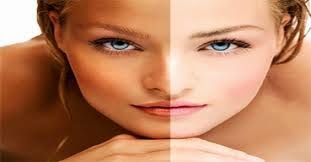 Be yourself, but try to please as much as possible. (designer Edith Head)
Be yourself, but if you want to change the world, why not start with yourself? (popular in the revolutionary 80s)
Be yourself, but don't think about yourself. (popular in the conformist 50s)
Be spontaneous, but say "please" and "thankyou".
Live for the moment, but “Invest in your future so you won’t be lonely in old age.” (BBC Breakfast)
Appearance doesn’t matter, but first impressions count.

Occurs to me as odd that phonics opponents are essentially arguing in favour of rote memorisation. (@Samfr/Sam Freedman)

If at first you don’t succeed, try, try again. But the first sign of madness is to keep doing the same thing while expecting a different result.

You can do whatever you want as long as you want to enough, but you should have realistic expectations.

Stop young people finding out about sex, tell them they can't do it until they’re married, and then expect them to have an enjoyable sex life.

Stop children hearing any "bad language", so that they won't come out with it in public and embarrass you. At the same time, tell them: "Don't think about what other people are thinking about you, because they aren't."

Drug children out of “hyperactivity”, then complain they don’t do enough sport.


Northern Europeans spend hours (and £££) acquiring the skin colour of people they despise - for their darker skin colour. While these people are lightening their skin colour. :-(

Conform, while claiming to be an individual. (Popular among the middle classes. It may be an entry requirement. Once, you're a member, you can moan about materialism while moaning about the decline of manufacturing and the death of the high street. You can also bang on about eating local and reducing food miles, while forcing your children to eat world cuisine. And blame all psychological problems on bottling up emotion, while moaning about mourning inflation and the Dianafication of society.)

"In most aspects of French life, there is a huge gap between the idea and the reality." (They have an Académie that patrols the language and forbids neologisms, but meanwhile all young people speak an incomprehensible argot that changes every few weeks. Lucy Wadham, The Secret Life of France)

Creationists say evolution isn’t a science because it isn’t falsifiable, and then produce evidence against it. (They also say that atheism is a faith, but Christianity is true because they believe in it.)

Men and women are equal now, but Victoria Coren says she has become much more feminine – because it works.
The more freedom, money, rights women acquire the more they impose on each other a ridiculous and painful standard of “beauty”: thinness, high heels, tan.

How many therapists does it take to change a lightbulb? One, but the lightbulb has to really want to change. (Just be yourself!)
80s contradictions here.
Posted by Lucy R. Fisher at 10:13