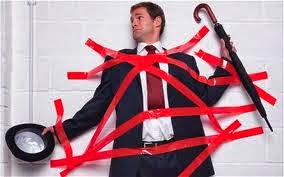 Mariella Frostrup in the Observer (2013-07-28) thinks we now live three times as long as our ancestors, so we shouldn't expect marriages to last.

The world probably doesn't categorically suck any more right now than it did in medieval times when you only lived for three decades… (jezebel.com 2013-04-22)

Society is moving in the direction of fairer treatment of minorities including women and gay people, says Professor Linda Woodhead (Times 5 July 2013 Women form 51% of the population.)

In the end, [Rupert Brooke’s] dust did not blend patriotically with the earth of his homeland. (Lara Feigel, The Love Charm of Bombs. Rupert Brooke in a well-known poem spoke of his dust mingling with “some corner of a foreign field”.)

In the olden days, people wrote with whole feathers. (See many historical dramas: you strip the feathery bits off a quill pen.)

English judges wear long wigs with lappets and bang gavels. (They wear small wigs in court and tap a pencil for silence.)

It's possible that from a very young age you were taught that marriage is a right of passage and you don't become an adult or a woman until you get married. (drphil.com Do people really think a rite of passage is a “right of passage”, and is some kind of human or legal right?)

I notice bottled glass windows (a telltale sign of a former pub) on some far flung London private house. (New York Times It's bottle glass – the panes were originally made from the bottoms of bottles. Common in the 1820s for shop windows, and revived in the 1920s.)

Fashion writers will use "crochet knit" for practically anything – including embroidery on net. (Neither crochet nor knitted. Knitting with holes is still knitting.)

a loose cannon primed to go off without warning (Loose cannons are dangerous because they are very heavy, have wheels and are made of metal. They are usually lashed into place. A loose cannon runs wildly around the gundeck as the ship pitches and rolls. Cannons only go off when fired by a man with a burning fuse or botefeux.)

Diana Cooper was “still expected to bat her saucer eyes”. (Kathryn Hughes, Guardian May 31 2013 You bat your eyelashes, fanning them up and down rapidly. You may, for a change, flutter your eyelashes, or bat your eyelids. I don’t know why this is supposed to be seductive. Or what it has to do with bats.)

Liverpool Metropolitan Cathedral – known locally as “Paddy’s Wigwam” because of its Catholic congregation of primarily Irish descent and its resemblance to a Native American tepee. (Fortean Times, May 2013 It’s dedicated to St Patrick.)

best left back in the Dark Ages … along with smallpox and witch-burning. (Laurie Penny Guardian 2013 The "Dark Ages" stretched from the fall of the Roman Empire to William the Conqueror. Witches were burned in Scotland during the persecutions of 1480 to 1750 – in England witches were hanged. Smallpox spread through Europe in the 11th and 12th centuries.)

His mother twanged strings to get him a job. (London Review of Books, paraphrase. The cliché is "pull strings", like a “pull a string and win a prize” stall.)

To illustrate “red tape”, use a photo of a man in a suit stuck to a wall with scarlet gaffer tape. (The “red tape” used by lawyers to tie up bundles of documents is narrow, woven out of cotton – and PINK.)

Fruit knives were silver because it was more hygienic than steel. (Dickinson’s Real Deal The fruit acids would blacken pre-stainless steel. They didn’t know about germs back then.)

Radical and often ill-advised changes in lifestyle have become the calling cards of the midlife crisis. (Guardian Nov 12 He means "marker" or "symptom" or "diagnostic sign".  And why mention calling cards when no one has used them for 50 years?)

And that tale about Prince Albert and the watch-chain? First heard of in a 70s pamphlet by someone who wanted to popularise the operation. 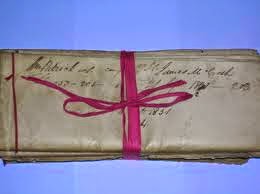