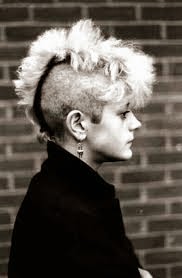 [About 1981] I became aware that some peers… were attending the same parties, gigs, clubs, events. And they were pairing off, or at a minimum hanging out to admire each other’s cheekbones, clothes, hair, outstanding good fortune, whatever. I also became aware that my own presence in these perfumed ranks was not required. A few of my pals – better looking, sportier, richer – were admitted. But not me. (Robert Crampton, Times, Dec 2013)

We all have a desire to fit in. What this means, usually, is that we follow social norms and rules of appropriate conduct. (Prof Francesca Gino)

Bullying can take many subtle, often socially acceptable, forms and it can cause feelings of rejection that blight and poison future relationships. (Letter to the Guardian)

How can u tel wen ur officially friends with sum1 in this country? Its like a game of charades where the only action alowd is a distant smile//Sumtimes it feels like ebullience & wanting warmth, closeness, is British Leprosy. (AdamNathanielFurman ‏@Furmadamadam)

[At work] Men tend to enact sexual performance through chivalry and giving favours. Both men and women tend to use a third type of performance, other-enhancing, which involves compliments and raising the status of the other party. (British Psychological Society Occupational Digest)

Kenneth Halliwell improved when he began wearing the wig. He was very ashamed of his baldness… I think that looking into the mirror with it actually altered his personality. He became rather charming and sincere. (Peggy Ramsay)

If you’ve got something to say and you want somebody to listen, you’ve got to attribute your idea to somebody else. (Brendan Behan – according to Dudley Sutton)

It is difficult to overstate the practical benefits to every gay American following [Edith] Windsor’s victory in June. After the Supreme Court decision, gay couples could file joint tax returns, get access to veterans’ and Social Security benefits, hold on to their homes when their spouses died and get green cards for their foreign husbands and wives. For many couples – especially those with children and those without means – these benefits and protections are not merely symbolic. (Time Dec 2013)

The cynical view that some form of "civil religion" provided "the best way to keep the multitude in check". (London Review of Books review of a book about the Enlightenment, Dec 2013)

The court of Lucian Freud was… absolutist in its punishments: if you displeased him – by bad timekeeping, unprofessionalism, or disobedience to his will – you were tossed over the cliff. (Julian Barnes in the LRB compares Freud to the Emperor Tiberius, Dec 2013)

[The world] divides into controllers and controllees. (ditto)