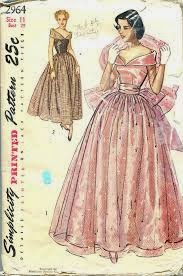 Review of Swing Brother Swing, by Ngaio Marsh, for the Past Offences 1949 challenge

Once more, Marsh takes us inside a world, this time high life in London just post war. The haute monde are trying to carry on as if nothing had happened. A new kind of jazz is à la mode and the thing to do is to dine and dance where Breezy Bellairs and his Boys are taking jazz standards, playing them through a couple of times and then turning them into a runway for free improvisation (or “screeching cacophony”, depending on your point of view). It sounds ghastly.

Lord Pastern and Bagott is an eccentric English peer, who has long been separated from his French wife, Cecile. Having sold his country house, he's now living in London. He is prone to fads: after passing through nudism and a transcendental religion whose adherents prayed “in antiphonal screams”, he is now crazy about bebop and yearns to play the drums. He’s a Lord and can do what he likes, as long as he bankrolls Breezy Bellairs.

The cast assembles at his house before his debut – he’s joining in in one number, “Hot Gunner”, which involves a lot of much-discussed silly business including firing a revolver loaded with blanks, and the accordionist – or conductor? – pretending to die and be carried off as the band plays a cod funeral march. Can taste sink any lower? Perhaps – during “Any Umberellas” the Boys twirl parasols, provided by the helpful Lord P&B.

Apart from Lord P&B, at the dinner are:

Cecile, who has returned because despite all irritations she finds life too quiet without him.

Félicité (Fee), her daughter, who has just left a posh school. She is very pretty and talks about nothing but boys. She flirts with any male who crosses her path and talks in a grating mixture of slang and French phrases. (“I was totalement bouleversée!”) She is always having a "crise", "a cause de" something or other.

Breezy Bellairs, a vulgar man with a toothy smile.

Carlos Rivera, the accordionist – engaged to Félicité. He drinks too much and tries to persuade Cecile that he is descended from Argentinian nobility. She frigidly continues to work her petit-point.

Miss Henderson, once Fee’s governess and now a general dogsbody.

Carlisle, Lord P&B’s niece, who shudders as Carlos tries to flirt with her.

Writer Edward Manx, a rather straight young man who is also a cousin.

They all set off for the club, where the musicians take to the stage and the party dances. Lord P&B’s number doesn’t go too badly, but then tragedy strikes....

Of course, Inspector Roderick Alleyn and his wife Troy are at the next table, and Alleyn is summoned backstage to view a corpse. We  leave the aristos and mingle with musicians and club owners. Two doctors turn up and are professionally courteous to each other, examining the body together, each going down on one knee “like simultaneous comedians”. Alleyn summons his team, and sends a young constable home with one of the musicians who’s a bit of a “red”.

"How did you get on with Skelton, Sallis?"

"Well, sir," said Sallis, in a loud public-school voice, "he didn't like me much to begin with. I picked up a search-warrant on the way and he took a very poor view of that. However, we talked sociology for the rest of the journey and I offered to lend him The Yogi and the Commissar, which bent the barriers a little. He's Australian by birth, and I've been out there so that helped to establish a more matey attitude."

The posh party return home to be questioned by the police. Cecile clings to her dignity, helped by her hair-netted coiffure and tight foundation garments. Lord P&B begins to think he has really wanted to be a Sherlock all along. Of course, they’re all under suspicion, as they all had the opportunity to tamper with the supposed murder weapon.

The investigation continues, and the plot takes in the drug trade, plus a high-minded magazine called Harmony and its anonymous Agony Uncle GPF (for “guide, philosopher and friend”). Lord P&B continues to be interfering and obnoxious. Carlisle thinks back to pre-war parties in the house’s now-deserted ballroom, where she danced with Edward... she wonders dejectedly if he is falling for the awful Fee, who tries to “vamp” Inspector Alleyn by sitting on the stairs and looking cute.

Carlisle spent the war in a regular job, and has just returned from abroad to find she no longer quite fits into this milieu. Lord P'n'B can still afford (and obtain) an old-fashioned staff of servants – a state of affairs that would not continue for long in the coming decades. Marsh treats the staff in her usual way, sending Fox to try and speak French to the chef and the lady’s maid Hortense, who communicates in “complicated gestures”.

Mystery writers must have wondered how they were going to manage without servants to act as comic foils and give vital snippets of information. Christie effortlessly moved with the times and replaced these stock characters with over-sensitive Austrian au pairs and pop-singing, hoover-wielding dailies (Mitzi and Cherry).

The comic servants aren’t, but there’s plenty of incidental humour. Sgt Gibson (a likeable series character) searches the dead man’s flat and is appalled by its purple satin curtains. (“You might call it morve, sir.”) The furniture is green, the walls fawn, and the bedroom is upholstered in black satin. Deceased even wore black satin pyjamas.

Alleyn branches out, interviewing the musicians and trailing Edward’s mysterious unseen employer, the editor of Harmony magazine. Series character Nigel Bathgate, the journalist, helps out. The plot is complex, and the murder method absurdly ingenious – but its exposition is intriguing, rather than irritating, as in some of her other books.

The only flaw is that the more grotesque characters are foregrounded, and the likeable ones (Carlisle and Edward) take a back seat. Oh, and Marsh conveys that Troy is pregnant in the most horribly coy manner.

What’s 1949 about it? The determined effort of the aristocratic and moneyed to carry on as if the war had never happened. (Cecile is a French aristocrat and all her forebears were “de” something, as she reminds us.) Carlisle and Edward, marked by the war but adapting to a new world by getting jobs and living modestly. The musicians mixing uneasily with their posh fans. The communist drummer who thinks Lord P'n'B is a “parasite” who is being used for his “snob value”. Little do they know that they are about to be swept away by the welfare state and rock’n’roll.