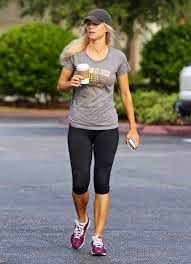 No, James May, Jeremy Clarkson being sacked is not a tragedy. Coriolanus is a tragedy. (@BDSixsmith)

A grooming ban (giving parents and councils powers to stop creepy men hanging around their children) would “separate the generations and legalise mistrust” tweets Frank Furedi.

It was complete and utter chaos: We had to fly home via Amsterdam and Paris.
‏


"With regard to the idea of whether you have a right to health care, you have realize what that implies. It’s not an abstraction. I’m a physician. That means you have a right to come to my house and conscript me. It means you believe in slavery. It means that you’re going to enslave not only me, but the janitor at my hospital, the person who cleans my office, the assistants who work in my office, the nurses." (Rand Paul)

Indiana outrage will lead to gay people keeping Christians as slaves (Bryan Fischer. A “religious freedom law” that appeared to allow businesses to refuse to serve gay couples has been modified. I think.)

The so-called progress of our so-called 19th century. (The Graphic)

Enoch Powell warned that Sikhs wearing turbans would cause “dangerous fragmentation within society”.

Hysteria over racism is a cancer that has corrupted British public life. (Says Melanie Phillips in the Times 2015-04-27, not hysterically at all.)

UKIP MEP David Coburn says Scotland will turn into a “stripped pine Scandinavian peacenik sauna republic” if the SNP gets a majority of seats on May 7 2015. Can't wait.

And “My children all speak patois!” and “Everybody speaks Jafaikan!” means that a few black/Jamaican slang words have gone mainstream. Which is bad because....?