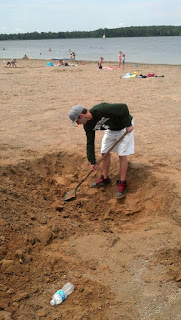 YES, BUT I DIDN’T INHALE
I sometimes look at Twitter but quickly get bored.
I only use Twitter for business.
Never felt the need to sign up.
Never used it – I’ve heard it’s toxic.
I do have a Twitter but I don't really bother with it.
Twitter will never validate me.

YOU'LL GO TO HELL AND YOU'LL GO BLIND
London mayoral hopeful Laurence Fox used the launch of his manifesto to defend his right to call people “paedophiles” on Twitter, citing free speech and claiming it is just a “meaningless and baseless” insult. (The New European)

Oriel College says it can’t afford to take down the Cecil Rhodes statue and anyway it would be too time-consuming.


We shouldn’t try too hard to find out the truth because if we had absolute knowledge we couldn’t be humble any more.

We needn’t pay any attention to anti-racists because they are all Marxists.

Winston Churchill thought that women wanting the vote were “akin to a man demanding the right to have a baby”. (Otto English, Fake History)

Evangelicals, if your responses to being confronted for spiritual abuse in the church are “Not all Christians” and “Your generalizations hurt my feelings”, you are one of the (many) reasons why we left. (@anna_apostate)

During discussion of custody law in Greek Parliament, member opines that men who abuse their wives/etc "could still be outstanding fathers". (Athena Andreadis)

Police Scotland later deleted a tweet calling on people to report For Women Scotland stickers. A source told The Scottish Sun it had been “poorly worded”. (Times 2021)

The tribunal accepted in that case that Mark Lewis, who suffers from multiple sclerosis, was on a course of strong medication at the time, had entered into a ‘dream-like state’ and could not remember what he had posted. (Law Society Gazette. Lewis had suffered a bombardment of anti-Semitic tweets, some wishing him dead.)

The Irish Nationality and Citizenship Act 1935 provided that the citizenship of children born outside the State could only be transmitted through the father. In 1935 De Valera believed that equal treatment in this area would lead to “confusion”. (Thomas Mohr)

A 27-year-old man has admitted sexually assaulting 12 females in Swansea's Singleton Park claiming it was a "political point" as he does not believe women should wear "enticing clothes" in public. (@EvansTheCrime)

Police broke up a party in Basingstoke. Asked why they breached the distancing guidelines, the hosts explained: “We didn’t know there was a global pandemic. We never watch the news.” (Possibly apocryphal.)


2021-03-16, Man shoots eight people in Atlanta. The sheriff: "He was pretty much fed up and kind of at the end of his rope and yesterday was a really bad day for him."

A man standing for @scottishgreens threatens to go round punching people whose views he's decided he doesn't like. Then says it's a joke. Then says those people deserve it anyway. Doesn't really fill you with confidence about the party does it? (@volewriter)

The Equality Act undermines school discipline by empowering the stroppy teenager of colour. (@JonHolb, about a girl who was sent home for having an afro.) Barrister Jon Holbrook went on digging: “My tweet drew attention to a serious political issue namely the way that children of colour have been able to undermine school uniform policies by requiring them to be adapted to accommodate cultural difference. This issue connects to a wider debate that society needs to have about the equality laws that have enabled these claims to succeed on the basis that the law backs cultural difference at the expense of assimilation.” He added: “The attempt to cancel me, that is being led by the left on Twitter, shows how difficult it is to have a reasoned debate on issues connected with race. It is time for the country to also question the harmful impact that the Equality Act is having on free speech. There are many activists who want to silence those who criticise laws that encourage cultural difference. When people are silenced this is not good for democracy.” (Guardian. He had previously been fired for anti-migrant rhetoric. He was sacked for refusing to delete the tweet.)