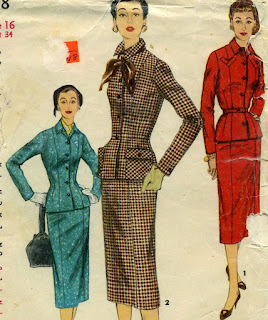 And Be a Villain, by Joanna Cannan

Joanna Cannan was a mystery writer of the 50s who also started the "pony book" genre that was continued by her daughters, the Pullein-Thompsons.

We accompany Dr Richard Hallow as he drives home after an unsatisfactory case near the gas works. He lives in a country town, Beetham, where areas are delineated by class. He ponders the family he has just left: “They’re different; they don’t feel things like we do.” He disparages “Parkside, with its impure vowels, its lounges, electric log fires, golfing Daddies, dressy Mummies”, but “stepping under the pergolas to the studded-oak front doors, he could be sure of wide halls, shallow stairs, clean beds, a bathroom a bit vulgar, perhaps, in its pinkness”.

We reach his house and realise that Dr Hallow is not as upmarket as he thinks he is. The garden has a wrought-iron gate and a shrubbery, and the house is called “Windyridge”. We meet his wife, Eve, who is young and pretty but conventionally dressed in an “oatmeal” skirt and “a costly geranium pink ‘twin set’ and her pearls”. Her sister is visiting because they want to have a family conference about what to do with Mother, recently widowed and almost penniless. Dr Hallow has provisionally booked her a place at the nearest old people’s home. Eve explains that she can’t accommodate Mother because she does a lot of entertaining and she needs to impress people. Her sister Primrose makes her feel rather small – she’s handsome rather than pretty and carries off a “bottle-green tweed suit with a red-and-white-spotted handkerchief“. She is single, but having a long affair with a married Labour MP.

Their mother, Mrs Langley, turns up, having missed Eve at the station. There are no signs that she is “impossible”, except that she wears a black coat and has “bird’s nest” hair – long, in an updo instead of short and permed. She is also a poet and an intellectual.

While they’re waiting for Richard and dithering about whether to start tea without him, an unexpected guest arrives: their cousin Jonathan who now lives abroad, having served a sentence for “gross indecency”. (He’s gay.) Mrs Langley (Laura) talks to him in another room while the sisters blame his “emotional” mother who “alternately petted and neglected him”. “‘You were always calling people babyish,’ said Eve. ‘Or feeble — that was a great word of yours.” Richard, if present, would call him “pathological”. Mrs Langley makes a lunch date with him for the next day.

They decide to go and look for Richard in his surgery – where they find him, slumped across the Q-R file drawer, quite dead. Inspector Ronald Price of Scotland Yard is called in. Price is the opposite of the quirky detective we are supposed to love – he doesn’t have a single redeeming feature. What's more he’s a socialist and thinks in clichés.

Mrs Langley meets Jonathan at a local hotel. “He was waiting for her in the meagre lounge, half-heartedly modernized with nesting chairs and formica-topped tables, but retaining its stained-glass windows and blue carpet, patterned with vegetable growths in beige.” Of course he is charming, they lunch on Irish stew and ice cream, and he asks her to come and live with him in his crumbling chateau in France. She delightedly agrees. When Price meets her, he thinks “daubs or weaves”.

And now we get some insight about Insp. Price. He’s read Nancy Mitford’s recent Noblesse Oblige. “To his surprise and mortification” he learns that “many, if not all, the refined expressions which in the course of years he had trained himself to use served only to proclaim his lack of breeding”.

“His wife, Valerie, wouldn’t read the book — she said it looked dry — and when, trying out this new vocabulary, he said ‘What?’ she said, ‘Don’t say ‘what’ to me,’ and when ... he referred to what he had always called ‘serviettes’ as napkins, she said he was disgusting and had put her off her food.”

Price also interviews Dr Hallows’ receptionist, Evadne, who weekends at a bungalow called “Catcott”. She has just been sacked after 15 years, to make room for “Miss Beetham”, the local beauty queen.

The cast come out with some received ideas. Eve shouldn’t “huddle” or “crouch” over the fire (despite just being bereaved). She discusses economy with Price, who’s impressed: “‘Small tins of soup are quite big enough for three people if you add a little milk or water.”

Now we meet June – “Miss Beetham”. Her boyfriend, journalist David, doesn’t want her to work for Dr Hallow, the well-known “ladies’ man”, and she gives him back his ring. It’s Sergeant Haddock who turns up to interview her, revealing himself to be even more affected and déclassé than Price himself.

“Dropping the high clear Roedean voice she affected and speaking naturally, she said, ‘Well, what did you want to know, Mr Haddock?’” Haddock interviews David, and asks: “‘I hope my intrusion has not put the Muse to flight?” David lives in a grubby House of Multiple Occupation, and Price remarks: “The housing problem is still with us in spite of Tory promises.”

Eve’s sons come home from boarding school, and Price watches them raking the lawn and larking about: “Typical behaviour, Price thought contemptuously, of privileged little snobs from public schools.” The boys are nice, and get on with their grandmother – Cannan can do children, unlike some of the Crime Queens.

Long-forgotten prejudices are revealed: the football pools and beauty contests are despised, breakfast cereal is “rubbishy”, and artificial fertiliser is feared – won’t it make the vegetables poisonous? “‘Causes all these stomach ulcers,’ said Laura with relish.”

Evadne App, the genteel receptionist, assumes she will work for the next doctor to take over the practice. She has given up her room in town, and Eve asks her to move in until she finds somewhere. She proceeds to drive them all mad. “Supposing I had to wash up with Miss App till death did us part?” ponders Eve. (The boys call her “the Mishap”.)

Inspector Price arrests a disgruntled patient, and retreats to London, and Laura goes off detecting on her own on a tip from the boys. She asks the way in a grocer’s where women are buying “Tastispred” and “Pop’n’Scrunch”. She comes home to a lunch of dried-up rissoles and writes some postcards to the boys. Eve tells her off for using the slang word “smashing”. “It’s these fearsome words like . . . well, like finalize and motivate that should be barred,” disagrees Primrose.

Laura unmasks the murderer, and we leave Inspector Price at home pondering the creation of a breakfast nook with a formica drop-leaf table. Primrose and June rather fade from the story – I’d like to know if the MP ever leaves his wife, or if June finds a new fiancée. Laura is content in the French chateau, and Eve gets a job as a matron in a boys’ school.

The puzzle may not be very complex, but the writing is sparkling and funny, and Cannan's books are a joy to anyone interested in the social history of the 50s.