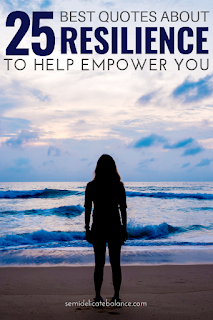 We recommend living for others, but commend people for being “resilient” and standing on their own two feet.

We say that marriage is outmoded but get hitched anyway, says good.is.

Don’t think about what other people are thinking about you. Autistic people lack “theory of mind”.

Neurotypicals don’t want to think that anybody copies anybody, while spouting current phrases and correct jargon.

Michelangelo lived to be 88, which is good going in an age when everybody died aged 40.

Leave voters won by a small majority – “That’s democracy!” Women form over half the population of the UK – so surely anything we say goes?

If we dismiss novels of the 20s and 30s as “dated”, why are we so keen on historical fiction? Is it because we can rely on a current author to have the right attitudes?

If you can “will away” the pain of IUD insertion, periods and childbirth, why do they give anaesthesia for an appendectomy?

If a woman can be booted off TikTok for calling herself a “mother”, why are we celebrating Fathers’ Day?

Americans: What shall we do with all these parking lots in cities? Also Americans: We’re turning the old El track into a green walkway.

Taking the knee is mere “gesture politics”, but waving a flag somehow isn’t.

Gender is assigned by doctors at birth, but do come to our unborn baby’s gender reveal party and watch the ultrasound video. Though of course an unborn child is not human.

Brexit is a success! Plus, Brexit fallout is all THEIR fault.

In Church of England weddings, couples vow “till death do us part”, but the Church allows divorce. (In 2002 the General Synod allowed remarriage in church of divorced people whose former partners were still alive, in "exceptional circumstances".) In the early 19th century men vowed “With all my worldly goods I thee endow” when by law all a woman’s money and property became her husband’s on marriage, unless Victorian Dad had tied up her fortune in some kind of pre-nup.

A society where marriages are arranged produces beautiful poetry about free agents falling passionately in love with each other. (The Song of Songs)

Neurotypicals complain that the neurodiverse lack “executive function” while at the same time telling us to “live in the moment”.

Hippies proclaimed “love and peace” while being unfriendly on a personal level. (Someone who was there in Haight Ashbury in the late 60s reports that the ideals went out of the window when the kids moved on to hard drugs.)

Hold on, these people objected to removing statues on the grounds that this would "airbrush history". But when it comes to stately homes they want to...airbrush history? (@StevePeers )

Here’s Jacob Rees-Mogg, saying there’s no point tackling climate change as we won’t see effects of doing so for 100+ years. And yet… The very same Jacob-Rees Mogg felt there was every need for Brexit despite saying benefits might not be felt for 50 years. (@MarinaPurkiss)


Schrödinger’s Scots is where it is simultaneously not a language (just a dialect of English) and yet so unintelligible to English speakers that they peevishly demand translations. (@MizLiot)

Schrödinger's Welsh would be that it's simultaneously a dead language and yet Welsh speakers are taking all of the jobs. (@SPTomos)

Yiddish is both a dead language and not a proper language because it hasn’t got a word for television. Unlike English...

Schrödinger's freelance job: hard enough that I can't do it myself, but easy enough that you can do it for me for free. (@arrantpedantry)

All nationalists have the power of not seeing resemblances between similar sets of facts. A British Tory will defend self-determination in Europe and oppose it in India with no feeling of inconsistency. (George Orwell)

We hold all the cards.
The EU is bullying us.
The EU is falling apart.
Brexiters hold all three of the mutually exclusive views above, and pretend they're somehow compatible. (Edwin Hayward @uk_domain_names)

Listening to a Tory MP on a podcast stating that the government shouldn't tell us what to do. I'm driving my recently MOT'd car in a restricted speed limit zone with a seat belt on and can't turn him off because it is illegal to hold my phone. (@thehistoryguy)

Book advice: You must hook the reader within the first five pages or they'll put it down!! The same people recommending their favorite TV show: You just have to get past episode six and then you'll start to like it. (@hapasareasian)

"We’re being censored by woke cancel culture! We’re afraid to say what we actually think!—also here is our new law forbidding mention of the following topics in public schools.” (@JuliusGoat)

If biological sex has no material significance on our lives (therefore needs no words, data collection or sex-specific facilities), why would anyone experience dysphoria or want to obscure their secondary sex characteristics? (@twitone)