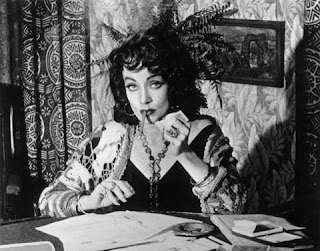 A lady of a certain age, all dolled up in furs, in the dock, replying to the judge: "Of course I'm not innocent. Are you?" (glardner)


And then you get 'what's the matter, don't you have a sense of humour?' To which the only answer is, I do, but you, Oscar bl**dy Wilde, do not and have to recycle jokes that were old in the Stone Age. (LW)

I know the modern world isn't perfect, but young people these days do need to be grateful that they aren't growing up in a society where people routinely tell extremely long convoluted jokes that eventually lead up to a desperately tortured pun. (@RSmythFreelance)


Don't pass on any of these: I know my real friends will share this heart-breaking story featuring a kid with cancer being bullied while rescuing an injured baby seal from a melting ice floe.

Notice: This printer is here temporarily.
Postit: In the greater scheme of things, aren’t we all?

Local news just informed us that ‘business is ticking over’ at a watch stall in the market. (@WhenIsBirths)

What did St Patrick say to the snakes when he was driving them out of Ireland?
“Are you all right in the back there?”

RIP Pythagoras, you're with the angles now.

Remember the ladies discussing what to do when your diamonds get dirty? Clean them with toothpaste or milk? Or just throw them away and get a new lot?

I once sat on a beach in Corfu listening to an awful woman boast about her privileged life to the couple sitting near her. When she finally finished, she said to the couple, "What do YOU do?",  to which the wife replied, "We own this beach." (@sagasue)

Queue in card shop this a.m. Heard assistant say to customer in front that it was his last day.
Me to assistant (when my turn): Did I hear you say it was your last day?
Him: Yes.
Me: On earth?
Him: No. I'm moving to Liverpool.
Me: Well that's more or less the same thing.
(@tyhebenw)

What did these fish die of?
A terminal eelness.
(Mitchel Mayes)

Why are there no horses on the Isle of Wight? They prefer Cowes to Ryde.

I’ve listened to sea shells that made more sense! (Dr Watson in The Adventures of Sherlock Holmes, 1939)

In the bookshop: We’ve moved a few things around. Travel is in the Fantasy section, Politics is in Sci-Fi, and Epidemiology is in Self-Help. Good luck. (Nov 2020)

On the door of the music shop: Gone Chopin. Bach in five minuets.

There’s been a break-in at the cement factory. Police are looking for hardened criminals.

A visitor to Japan was taken by his hosts to a concert of Japanese classical music. Afterwards, they asked him if he’d liked it. In desperation, he blurted: “To be honest, I found it melancholy and boring!” “So glad you appreciated it!” they replied.

It's confusing. I thought I was a Leo but now it turns out I'm a Boomer. (DL, via FB)

Life is too short to waste trying to unscrew the inscrutable. (RM)

Tony Blair (to old lady in care home): Do you know who I am?
OL: I'm afraid I don't, but if you ask matron, she'll tell you.

I just treated him with complete ignoral! (Old Punch joke)

Why didn’t the viper vipe her nose?
Because the adder adder ankerchief.

When British troops first landed in Basra some minister or other said that it is very like Southampton. "Southampton?", a squaddie replied. "No women, no beer, and they're shooting at you? More like Portsmouth!"

Hieroglyphs haven't been used since the year bird, bird, fish. (Via Twitter)

I've got an Eton-themed advent calendar, where all the doors are opened for me by my dad's contacts. (IG)

How many Brexiteers does it take to change a lightbulb?
Hundreds - one to promise a brighter future and the rest to screw it up.

Obsequious waiter in a posh dining establishment in Central London: "How was the quality of your meal, Sir?"
Diner: "Very Good"
OW: "How did you find the meat?"
D: "It was easy: I moved a slice of carrot - and there it was!"
(AJB)

What you get when you cross a lawyer with a mafioso - an offer you can’t understand.

He used every cliché from God is Love to Please Adjust Your Dress Before Leaving.

Why did the coal scuttle?
Because it saw the kitchen sink!

What’s the difference between a bison and a buffalo?
You can’t wash your hands in a buffalo.

[Howls.]
Was that a wolf?
Only sometimes.

Calm yourself, dear. Even Hitler can’t be both dregs AND scum. (Punch)

Lord Birkenhead, when asked for the way to the bathroom by someone he didn't like, replied 'Along the corridor, first left. You'll see a door marked "Gentlemen" but don't let that deter you'.

This book contains the work of three Brazilian mystery writers.
Wow, that’s amazing! How many is a brazilian, again?
(Scott K. Ratner)

PG Wodehouse said that Winchester was the kind of place where you couldn’t throw half a brick without hitting the niece of a canon.

"Bloody place. Can't throw half a brick without hitting a tourist."
"What? There's only one!"
"Yeah, I had to aim really carefully."