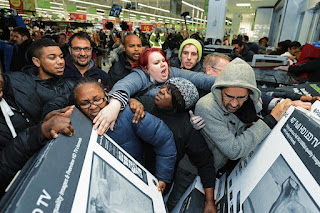 Sometimes we use the same word for two different meanings: one boo, one hooray.

journalists: subeditors on Caravanning Monthly, reporters on the Brighton Evening Argus, the editor of Marine Seismology News (and many more)

relationship: We have sex and go out, but this isn’t a Relationship because it “isn’t going anywhere”. (I think this means “I’m not going to marry her”.)

Relationship: We have sex and go out, and this is a Relationship. (And this means: “We are officially an item and a couple, and I introduce you to my friends and family”.)

society: us – hooray!
society: them – boo!
the society: a society distant in time and space, an exotic society

You can’t exclude people from society: society is all of us. And if you don’t like living in a society that includes down-and-outs, do something about it. The “underprivileged” or “deprived” are now the “excluded”.

the media: those ghastly tabloids, the Guardian

unconscious: unthinking, habitual, on automatic pilot
unconscious: under a general anaesthetic
(Not pejorative, but it’s confusing to use the same word in two different senses.)

wonder: the sense of awe and humility that we should all feel when we look at the stars

wonder: the sense of curiosity we feel when we look at the stars, that leads us to become astronomers

(Scientists probably experience the second, but since it’s the same word we can pretend that they, too, look at the stars and feel stunned by their own insignificance.)

More about word usage, dysphemisms and euphemisms, inclusion and exclusion in my book Boo and Hooray.