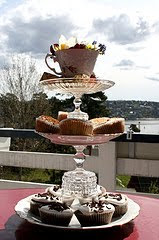 Kennings, invented by the Vikings, are riddling ways of referring to things. The sea was the whale’s way, and a sword was a – blood onion? (They're always popular at the beginning of the school or academic year – they must be on a curriculum somewhere.)