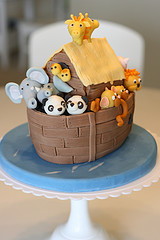 defiantly: definitely
dimaontee: diamanté (has many spellings, like cummerbund)

ions: aeons This sort of thing has been happening for ions of time! (stcatherinesstandard.ca Ions are electrified atoms; aeons are long ages.)

marionette for maisonette: Hunters are delighted to offer to the market this two bedroom split level marionette. (April 2012)

naticual stripes and some statement heels (@chictopia)
perpurtartors for perpetrators
phorein for foreign
photophatanic panels: photovoltaic (Homes under the Hammer)
prededuce for prejudice (may be a typo, or folk etymology)
pro-magnum man for Cro-Magnon man

scrowl down to find more: scroll
sheik for chic: a sheik supper club (imdb)
You, sir, are an imbossile!


a down heel area (Hackney Hive It’s “down-at-heel” – the heels of your shoes have worn down and you can’t afford replacements.)

A stone’s through from the market is… (It’s a stone’s throw – the distance you can throw a stone.)

abrogate for arrogate: The State abrogated to itself the right to define and redefine the word (marriage). (Matthew Parris March 8, 2012 abrogate means the opposite. If the state abrogated a right it would give it up.)

ahoy for aloft: Nun singing at a bus stop and holding a red bible ahoy like Osborne wielding the budget. (@HeardinLondon)

ambivalent for indifferent: Nature is utterly ambivalent to our suffering. (Dan Snow)

at a rate of knocks for knots: Knots are a measurement of speed at sea.

banquet for banquette (Must be the same word.)

bear witness to for witness (Lemmings can only bear witness to the Chicxulub collision if they give an interview afterwards – or if something in their fossils gives a clue.)

beholden to for prone to or subject to (It means “in debt to”.)

behoven for beholden (There’s no such word.)

Bitter is used to mean rancorous, quarrelsome, disputatious (it has picked up meaning from “bitter quarrel”). But I’m not bitter (resentful).

brutal: By loving Jessica Ennis so much we have put her in a brutal position (Times headline Aug 4 2012 They meant “difficult”. Save brutal for violent husbands.)

callow: Even when Kay discovers that her birth mother has Alzheimer’s and is close to forgetting her very existence, or that her father has gone out of his way to avoid her on her second trip to Nigeria, Kay does not allow their callow behaviour to dent her robust sense of her own identity. (Daisy Goodwin, Sunday Times July 16 2010 It means youthfully crude or naive.)

canon for cannon: An 18th century criminal was “tied to a canon” as punishment. (A canon is a functionary of the Church of England, a cannon is a large gun.)

cast for carved: On top of the burial hill, Glasgow's necropolis, overlooking St Mungo's Cathedral, sits Charles Tennant cast in stone. (Daily Mail, July 2010 You cast statues in bronze, you carve them out of stone. Unless the statue is cast in some clever Victorian stone-substitute.)

cause for course: Let the disease run its cause.

chimp’s change for chump change: It’s a small amount of money, nothing to do with apes.

corundum for conundrum: I strongly suspect your's is a corundum faced by many. (@CharlesMunn1)

coruscating for scathing: [If they] fell short of accepted standards, he could be coruscating. (Times, June 16 2010 Coruscating wit is sparkling, not cruel.)

coursing for corpsing: To “corpse” as an actor means to be unable to stop yourself laughing when playing a corpse (or other inappropriate situation).

cowardly: Any murder is described as cowardly, especially if the victims are children or old ladies.

Craven (cowardly) is now used to mean something like cringeing or crawling. “It is able to provide a partial antidote to the craven coverage of the corporate-owned media in the US.” (counterpunch.org on The Guardian)

croquet for crochet (and it was actually knitting)

dangle for dandle: peasants in headscarves dangling babies on their knees (Harry Mount)

decorum for deference: If you’re popping in for a hot chocolate or a Welsh rarebit or lashing out on a three course dinner – “you’ll be treated with equal decorum”. (Time Out)

elicit for illicit: He took an elicit photo.

eschewing for exuding: Edward G Robinson is steadfastly reliable as the War Commissions investigator, eschewing a mixture of wisdom and downtrodden-ness. (imdb commenter)

farrago for virago: a role as a morally loose and basically wicked farrago. (imdb comment on Of Human Bondage)

fetlock: My lovely horse, running through the field/Where are you going, with your fetlocks blowing in the wind? (Song by Divine Comedy A fetlock is a projection on the lower part of the leg of a horse or related animal, above and behind the hoof, says the Free Dictionary.)

harbouring for holding: It means sheltering.

He’s got a manacle face. (maniacal)

hew and cry for hue and cry

hold court for court: The males hold court in a unique way. (Life on Earth) They’re trying to attract mates, not hold a meeting of courtiers and petitioners.)

Homo sapien for member of the species Homo sapiens: Homo-Sapien killed Neanderthol... According to History Channel's Ape to Man, early Humans are likely the cause of the extinction of Neanderthols, who are the cousins of Humans, not the ancestors. In order for Neanderthols to be our ancestors, they had to have no more than 8 DNA differences. They happened to have over 13 differences.  Starting with Lucy, dating back some 3.4 million years ago, they have created a timeline for humans. Homo Sapien's stayed in Africa, while Neanderthols spread out to other regions. Since Homo Sapiens stayed, they had fish for thier diet, which they said to have been the main reason why we evolved the way we did. Also, the hot climate elvoving less hair. It took 150,000 years for Homo Sapiens to migrate to Europe, where they achieved lighter skin. Humans also had developed better tool thans the Neanderthols, so we won in hunting as well. Scientists assume that our cousins, the Neanderthols, were a threat to us, since they looked so different, so we killed them until we were the supreme life form. What do you think? (abovetopsecret.com) (E for spelling, but B for biology. Homo sapiens is Latin for “wise man”.)

I find it an oxymoron that Mr Cameron has argued that he wants to protect London’s financial institutions, and at the same time that he wants to take the UK back to a manufacturing base. (Letter to Indy, Jan 12 I think he means “paradox”.)

imperious: What families mostly come for, however, is les plages, and they’re imperious. (Vincent Crump, Sunday Times Jan 2012 The beaches were probably impeccable or faultless rather than acting like an emperor.)

Juliet bathroom for Jack and Jill bathroom (To Buy or Not to Buy, April 4 2012 Juliet gave her name to a balcony.)

just desserts: But while the idea of revenge is no doubt delectable — the very phrase “just desserts” promises a treat — much of its sugar is confined to the coating. (psychologicalscience.org, Nov 2011 It’s “deserts”, ie what you’ve deserved. Nothing to do with pudding.)

lesser-spotted for rarely seen: “I was stocking up on flu supplies in Boots when something about the lad behind the till startled me. It took me a few seconds to figure it out. He was speaking English. Not only was he speaking English, but he was a recognisably English kid… Here was a rare sighting of that endangered species, the Lesser-Spotted British Youth in a Service Position. So unusual has it become it to find a British youth working in a café or shop that I actually did a double-take. (Allison Pearson, Daily Telegraph, Nov 2011 The lesser spotted woodpecker is smaller than the greater spotted woodpecker. They are both covered with dots.)

lionise for big up: I’d be wary of lionising anything just because it was a helpful addition to a helpful, loving working-class upbringing. (Deborah Orr, Guardian, Aug 25 11 It means "fawn on celebrities".)

llama for lama: The Dalai Lama is a religious leader, not a camelid.

lustrous for illustrious: from an even more lustrous background (Guardian, 2000)