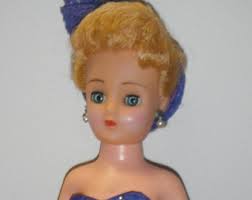 Catastrophising - predicting dire consequences and generally screaming before you're hurt.

All women hate their bodies: Some women think they’re a bit overweight.

There are two holy and beautiful things which modern life destroys. They are Privacy and Leisure. (As somebody said in 1888.)

PEOPLE LIKE TO SAY THAT THINGS ARE "OBSCENE"
Toddler on the train, both ears pierced. How obscene.
An obscene amount of water is lost through leaking pipes.
I've just read that Thatcher saved football in this country. Everyone's entitled to their opinion but that's an obscene claim. (Tony Barrett/‏@TonyBarretTimes, April 2013)

THEY GET REALLY UPSET ABOUT MINOR MISTAKES IN ENGLISH
Gone are the virtues of plain speaking, common sense and being a responsible decent human being. (Commenter on Middle Class Handbook complaining about phrases like “big up” and “broad brush”.)

If you say "pacific" instead of "specific", I hope you drown in the specific ocean. (@kaydazz )

The recent emergence of 'yourself' as the pseudo-formal form of "you" makes me want to set myself on fire. (Dan Snow)

English has died because people write “alot” for “a lot” or can’t tell the difference between younger and youngest. (Gene Weinstein)

AND THEY GET UTTERLY HYSTERICAL ABOUT… FONTS?

Courier New makes me crazed. It should be banned from fonts everywhere. (@kaitnolan)

I'd go as far to say that anyone using Comic Sans for any purpose whatsoever should be shot. (Twitter)

Comic Sans does have a use: rather like Dan Brown books or baseball hats with beercans attached, it marks the user out as someone to be avoided. (Tim Footman, Bangkok/London, via the BBC)

Why must the BBC continue to give this font the oxygen of publicity? Can't we just let it wither away? (Mark Scott, Basingstoke, via the BBC)

Parisians campaign for the removal of a subway sign - because it's in Comic Sans. (@pietercolpaert)