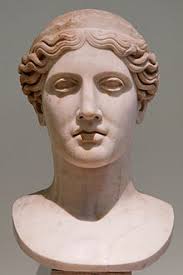 Classical poets like Homer referred to cow-eyed Hera, faithful Achates, pious Aeneas, rosy-fingered dawn, swift-footed Achilles, the wine-dark sea, all-powerful Kronos (Time), wind-footed Iris (the rainbow). Apollo (the sun-god) was known as “destroyer of mice”. Do "Homeric epithets" still exist? Who are the Dynamic Duo, the Man of Steel and the Caped Crusader? The Iron Lady, Il Duce, the Bard, the Fab Four, the Swan of Avon? (Wikipedia says this is antonomasia.)

If you're looking for a role in life, this list may give you some ideas.


“[Mr Quayle was] train-bearer and organ-blower to a whole procession of people.” (Charles Dickens, Bleak House Mr Quayle’s friends are all do-gooders, and this is his role. (Heroine Esther realised that “it was Mr. Quayle's mission to be in ecstasies with everybody else's mission and that it was the most popular mission of all”.)

“Offcuts of the New Left who originally met up at the Partisan Coffee House, but were in reality, rather than political activists or academic theorists, more the hefty drinkers, convivialists, half-forgotten artists and writers, or never to be known thinkers, working their way looking forward but stepping backwards to oblivion... ageing into a repetitive narrative and early death... a merry-go-round of ageing drunks with and without a ruined talent.” (Novelist Jenny Diski on the 60s denizens of Fitzrovia)

Elizabeth Taylor’s husband Eddie Fisher "dwindled into being her factotum, flourishing the onyx cigarette lighter, whistling for the limo".

There were a fair number of failure models on view: the drunk, the incompetent, the placemen and the pompous. (Julian Barnes Guardian July 2013)

intellectual yet idiot (All the right/left’s intellectuals are IYIs, depending on which side you are on.)

Mansplainer, whitesplainer, pagansplainer, instant expert who has been to one workshop

taxi-to-table breed (in New York) (Times Sept 2015 on women who ostentatiously don’t wear tights – with their high heels - in winter.)

the poor-little-me type (Agatha Christie. She points out that you can play this role even when medium-sized.)

towel-folder
useful idiot
wingman
What happened to “rock liggers”? They were people who turned up to press events for the free food and drink, or to mingle with people on the scene, without actually playing in a band or even being a driver or roadie or PR person or stylist or...