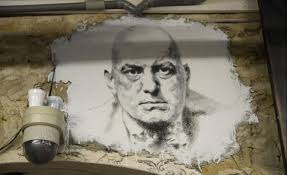 The fact is that the vast majority of people are absolutely impervious to facts. Test the average man by asking him to listen to a simple sentence which contains one word with associations to excite his prejudices, fears or passions --- he will fail to understand what you have said and reply by expressing his emotional reaction to the critical word. It was long before I understood this fact of psychology.” (Aleister Crowley)

Twitter: People are so easily offended these days! Atheism is a religion. Won't somebody think of the children? If we come from monkeys why are there still monkeys LOL! Why isn’t there a white history month? You should be worrying about (something completely different). Wake up, sheeple! Guns don’t kill people, people kill people. (Via Alex Andreou of the Guardian)

“This exhibition is about challenging people’s preconceptions” says curator of show about venomous insects at the Natural History Museum, as if he was the first person to think of it.

"Making ends meet" refers to accounting: balancing "end" gains & "end" losses at the end of the year (where "meet" means "equal," not "come together"). (Jason P. Steed ‏@5thCircAppeals Surely ends of a piece of string?)

In the midst of sorrow and loss the symbolism of the weeping willow offered solace and reassurance the dead would rise to heaven as quickly as a willow branch takes root. (Surely the weeping willow is a symbol of mourning because of its drooping branches?)

Hazel nuts were said to have contained so much bite-sized wisdom they became the source of the phrase “in a nutshell.” (via Twitter. It's a metaphor for packing a lot of information into a few words.)

Reading The Old Curiosity Shop last night and noticed Dickens used 'bran-new' which was endnoted with explanation that china used to be packed with unwanted bran, so a fresh bit of china was 'bran-new'. (Claire Cock-Starkey @NonFictioness)

The Hawaiian beachcombers talk about their marbles being from ballast on ships from back in the day. (via FB)

In the late 1700's Sydney's Aboriginal people made stone tools from Thames flint, bought to Australia as ballast on convict ships.

There’s a yarn whereby someone had a load of pyrites, perhaps used as ballast, and had to get rid of it, thus leading to “streets paved with gold” – it was used to make roads. (@guessworker It's metaphorical again – it's so easy to make money here it's as if the streets were paved with gold.)

There is plenty of evidence for Britain's colonial past on the foreshore, such as this huge lump of coral at Rotherhithe. Used as ballast on ships returning from the West Indies. (@ThamesDiscovery Possibly, but I doubt ballast stories on principle.)

Here's my favourite thing in Palermo. The kamelaukion with which Honorius III crowned Constance of Aragon as Holy Roman Empress in 1220. Found in her tomb when her coffin was opened in the 18th century. (mym @LiberalDespot)

Edvard Grieg wrote In The Hall of the Mountain King as a satire of terrible music and said he could barely stand to hear it. It is now one of his most played and best remembered pieces. (Quite Interesting @qikipedia)

Peter Lorre liked to claim he hardly knew any English when Hitchcock hired him for The Man Who Knew Too Much, but the wonderfully nuanced line readings he delivers in this film prove he was fibbing. (peterlorrecompanion.com In Fritz Lang's M he plays a sinister character who compulsively whistles In the Hall of the Mountain King.)

My teenage son told me that our insatiable appetite for quinoa has transformed it from a daily staple to an unaffordable luxury in some communities & that I therefore must never buy it... is there any truth to this? (@SnowdenFlood)

Nope. The idea that quinoa is unethical stems from a baseless, scaremongering article from 2013. It ironically has lifted tens of thousands out of poverty. Shows how damaging irresponsible journalism really can be, even years later. Feel free to enjoy it! (James Wong @Botanygeek)

Putting an onion in your sock will NOT:
1) clean your blood,
2) filter out bacteria,
3) draw chemicals and poisons out of your foot, or
4) make your foot smell better.
(@DocBastard)

And if you like this sort of thing, why not read my book, expanded and updated.