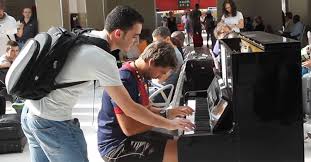 Don't listen to people who tell you to delete all adjectives. Why not tell us what you really think?

I can imagine the press releases full of unutterable tosh explaining how sophisticated the design concept was. Limp McMansion in pink Palladian pyjamas. (Architects fulminate over a tasteless house makeover.)

The UK has a mean-spirited attitude to the poor, says a UN report.

We live in an amazing age of artisanal hand-polished blithering. The man's a da Vinci of gabble-arrangement. (@Dirck_deLint on Jordan Peterson)

Doris Lessing’s Good Terrorist is about a bunch of privileged naive lefties. (@rallen78)

DEFRA emailed a pat statement so obfuscating Stacey Dooley was aghast. (Times on a programme about the cost of fashion.)

An aside of hallucinatory crassness. (Irish Times)

Ed Balls gamely donned a ghastly leotard and climbed into the ring. (Times 2018)

The outline is filled in with richly tatty detail. (Clive James)

Everything about Perfume looks conceited and overblown, heavy with middlebrow self-importance and spurious period detail. (Guardian on the film 2008)

It is regarded as a minor cult film thanks to its unrelenting shabby grimness. (Wikipedia on Urge to Kill)

Productions of feeble glamour in London apartments. (imdb commenter on Urge to Kill)

Is this a political drama or a cringey homily? (Carol Midgley on David Hare, paraphrase)

The Perry Mason books. I tried, but they were dreary. Still, my disappointment didn't come close to the incredulous rage I felt when I read The Da Vinci Code. (Petra Meyer)