What I Don't Miss About the 70s 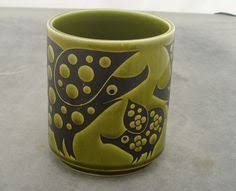 Carbon paper and carbon copies (hurrah for photocopiers and computers)

Fun activities like brass rubbing, repairing drystone walls and dredging canals (The canals have all been restored now – thanks, hearty young people of the 70s.)

Authoritarian sects that took all your money

Marxists and feminists taking the fun out of everything

Hatred and suspicion of love and romance

Ban on trying to make yourself look attractive

Arguments about what “equality” means

Reasons why women couldn't be airline pilots or bishops

Having no word to describe the person who shared your life (“Boyfriend” had become unsayable and “partner” hadn’t come along. People experimented with “lover” and “fellow” but sounded self-conscious.)


Dinner parties where people played Victorian parlour games. They’d suddenly turn to you and say “This is a drum” and you had to turn to the next person and say “This is a trumpet” and so on round the table until you all got confused, or died of despair, whichever was soonest.

Body odour (Many people thought deodorants were "bad for you". They even thought too many baths were bad for you. At boarding schools and in bedsits, baths were rationed and people got used to having only three a week.)

Queueing for hours in the only passport office

Money-saving wheezes like making notebooks out of paper offcuts stapled together, and reusing yoghourt pots for storing elastic bands

The early 70s oil crisis, with its power cuts and oil lamps

Lack of public money, which meant not much got built. Optimistic 60s council estates were left to rot, and Victorian public buildings were still covered in Victorian grime.

People saying the following:
Women can’t work together. (Popular in the 70s when more women began to work outside the home, join the professions, become visible in offices, climb the hierarchy – not heard much during WWII when women operated anti-aircraft batteries without any fuss.)

We don't have to pay women as much as men doing the same job because they only work for pin money.

I could never work for a woman – they're so petty.
Women have different roles which are just as important.
Women will never be equal to men because they have babies.
Women like being beaten up. (Yes, really.)

We endured cold (and filthy) trains, cold waiting rooms, cold houses, appalling railway cafes, closed shops (exclusive trade unions) and expensive books and we just accepted it because that was the way things were.

We waited three months for a phone to be installed, there was no choice of phones, and you had to dial three times before you got a line that worked. At university we shared a few pay phones in halls – digs had no phones at all and we communicated by leaving notes in pigeon-holes.

Making money was naff, so shop staff were all rude, vacant or unhelpful. Or else they chatted to each other all day and ignored any customers.

There were a lot of things that you couldn’t get done because nobody had thought of setting up a business to do it. (If they did, they couldn’t get a startup loan.) We moaned about the disappearance of the "little man round the corner", who had probably gone out of business because nobody would pay him enough.

Fatalistic mantras: Mustn’t grumble. It must have been ‘meant’. These things are sent to try us. It’s a great life if you don’t weaken. If you can’t get what you want, change your want.

You could be depressed, but not unhappy. Instead of changing your circumstances or getting a makeover, you went in for Zen, Rolfing, Gestalt therapy, Biodynamics, Rebirthing, Co-counselling, indoor water features... (they gave off positive ions).

Flats above shops stood empty. Sitting tenants and fixed rents meant it wasn’t worth renting them out, or doing up a building. If you rented a flat, you had to pay illegal “key money” to the outgoing tenant.

Banks shut at 3pm, and didn’t open on Saturdays. There were no ATMs.

Streets were dimly lit. Railway stations were dark and unstaffed, which made the London overground too dangerous for a single woman.

Agony Aunts advised: “Tell your boyfriend that women can enjoy sex without an orgasm.” Also “Don’t try to have an orgasm, just enjoy the moment.”

There were no night buses. Now (2018) there are twice the number that there were 10 years ago. And there were few buses, and none that went across London. Bus drivers carried on being rude and unhelpful long after shop staff had been sent on the customer care course. (And now Transport for London is cutting services again.)

Nearly all the shops in Stoke Newington Church Street were shut, perhaps because the only way to get there was on the 73, which hardly ever turned up. Or travelled in convoy – as we used to joke.

Also in Stoke Newington, a beautiful Queen Anne house fell into ruin while its garden turned back into a wood.

You could only get expensive prescription glasses, so you were stuck with a pair that was unflattering and out of date.

There was no morning TV, and the radio went off at night.

We were told that period pains were caused by smothering mothers (who were blamed for most things), and would stop once we understood how our bodies worked, or once we’d had a baby. Meanwhile you could just will it not to hurt, or try to have a positive attitude to gynecology.

Not only was there no Google, there was no information available about anything. No maps of bus routes, and not much sex education. Censorship had gone, but publishers were still very timid about even hinting that people had sex before marriage. There was one British Rail information line – if you could ever get through to it.

Single women couldn't get a mortgage.
Officials were routinely rude and obstructive, especially if you were young and female.

Railway stations had wonderful Victorian loos that were dirty, cold and often shut.

THE FOOD
stuffed peppers
ratatouille
chilled soup
bouquet garni
bay leaves
chicken hearts
bread pudding
recipes that advised “add some of the liquid from the tin”
The Pauper’s Cookbook and its recipes for cooking offal
adding Marmite to vegetarian cookery
the macrobiotic diet (Brown rice. That's all. It was supposed to have magical properties.)

Chick peas were popular (cheap calories, peasant food). But you could not eat the freely available tinned variety (commodified, more expensive than dried, how were you going to recycle the tin?). You had to soak the dried chick peas overnight and spend hours boiling them. They tasted exactly like tinned chick peas, and you’d spent more on fuel than you’d saved by buying the cheaper dried variety.

cagoules (that failed to keep out the wet and cold, and only came in bright red nylon)

Eventually people became more rebellious and bolshy – as we called trying to change things and not accepting the status quo. Even though you might be told you "had a problem with authority", things got better with proper, legal employment procedures, HR departments and people you could complain to. Books got cheaper, and discounted bookshops popped up.

When you went out running people used to shout at you. (Tough Northern bloke on BBC Breakfast)

One thing I don’t miss about the 1970s – the Easter story, expressed through the medium of dance. (@Lord_Steerforth)

British Library users... who deplore the current accessibility of the library to the young and eager and pine for the days of narrow exclusivity when tickets were limited to... ‘core users’ need to be reminded how unpleasant the old regime was, and how improved the new management is in most ways. When my first reader’s ticket expired in 1978, just after I had finished my PhD, I went to the BL to renew it. There I was subjected to close interrogation by a young librarian who hissed and snapped at me as he fought every inch of the way against allowing me into the BL again. Although I was a mild and civil supplicant, he was one of those jealous, possessive librarians who resent anyone with the impertinence to order books from their collections or to finger them. Grudgingly, he issued me with a new card. Then, as I moved to leave the room, he danced out from behind his desk, confronted me at the door, and shrieked in my face: ‘Just because you have been allowed a reader’s ticket today, don’t think you will ever be issued with one again.’ (Letter to LRB, June 6 2013)