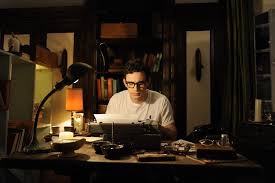 There’s a lot of writing advice on the internet. Much of it can be ignored. As a friend of Flaubert’s once told him, if you want to say it was raining, write “It was raining”.

The following have been doing the rounds since the days of photocopiers:

Avoid Alliteration always. In a detective story by Ngaio Marsh, the murderer writes a confession that includes the words “I peppered his prepared powder pad with pethidine”, and then breaks off to apologise. Alliteration can be effective – I flinch more at unconscious rhyming. (“She longed to hold the brooch of old rolled gold.” “All except Paul followed him into the big hall.”)

Prepositions are not words to end sentences with. As Winston Churchill allegedly said “This is the sort of nonsense up with which I will not put.” Or did he ask his nanny “What did you get that book I didn’t want to be read to out of down for?” Avoid splitting up parts of a compound verb like “climb up”. “He climbed with great care, while trying to avoid breaking the branches or detaching it from the wall, up the ivy.” Also, we need to know that it’s the ivy he’s climbing nearer the top of the sentence. Don’t make your readers read backwards.

Avoid cliches like the plague. If you must use them, avoid mixing or garbling. Ideas are not crystallised in a nutshell. Here’s a recent example: “America’s cheese hoard continues to balloon to unprecedented levels, as producers fear the mountain could grow further.” A ballooning mountain of cheese? It’s hard to picture.

Use the vernacular. That means everyday speech or even slang. However, don’t use a lot of current slang your readers won’t understand. If you’re writing the story of your life, though, write it as if you were telling somebody about it.

Parenthetical remarks (however relevant) are unnecessary. They’re often necessary (and useful), just don’t shove a long parenthesis between parts of the verb, or between subject and object.

It is wrong to ever split an infinitive. Sometimes there’s just nowhere else for the adverb to go. Are you going rudely to shove it in the middle of the infinitive? Avoiding the split can make for an uglier – or even ambiguous – result. But for many people, this is the number one grammar “thou shalt not”, so avoid it. Try removing the adverb altogether. However, the so-called rule only applies to infinitives (to come, to give, to do), not any old parts of the verb (“He wished that the visitors had not been summarily dismissed” is fine.)

Contractions aren’t necessary. It depends on the “register” of your prose – contractions are fine in an email or fiction; they're not so acceptable in an essay or scientific paper.

Foreign words and phrases are not de rigueur. If you must use them, get them right, though some of your readers may be baffled. Try to find an English equivalent.

One should never generalize. It’s a good idea to be specific. “We sat on brocade-covered gilt armchairs”, not “The luxurious furniture was covered in sumptuous fabric”.

In 1970, Jessica Mitford investigated a correspondence writing school called Famous Writers.
I showed to an English professor some corrected lessons that fell into my hands. One assignment: "to inject new life and color and dimension into a simple declarative sentence." From the sentence "The cat washed its paws," the student had fashioned this: "With fastidious fussiness, the cat flicked his pink tongue over his paws, laying the fur down neatly and symmetrically." The instructor had crossed out "cat" and substituted "the burly gray tomcat." With fastidious fussiness, the lanky tweed-suited English professor clutched at his balding, pink pate and emitted a low, agonized groan of bleak and undisguised despair: "Exactly the sort of wordy stuff we try to get students to avoid."

You may also be told the following:

Employ unusual similes. Don’t try to be too clever, but ask yourself what the thing reminds you of. Jilly Cooper once described palm trees in a storm as “angry dish mops”.

Don’t start a sentence with “and” or “but”. But writers do it all the time.

Don’t use more than one “and” in a sentence. I don’t know who came up with this one, but they were mistaken and foolish, and didn’t know what they were talking about, either.

A sentence must contain a main verb. Not always.

Kill your darlings. This doesn’t mean “kill off your favourite characters” but “look critically at that paragraph you are particularly fond of”.

Use no adverbs or adjectives. You can do a lot with a pertinent adjective, she expounded sapiently.

Remove unnecessary words. But don’t hang a whole set of subordinate clauses off one little verb, or write “no matter your views” when you mean “no matter what your views may be”.

Write about what you know. Do, especially if you have inside experience of an unusual job or milieu: the Salvation Army, a New Age cult, a department store. Keep a diary and one day it will keep you.

Write something the market will want. But if five novels about spiritualism in the 20s sold well last year, the market is saturated. Don’t forget book groups, though – they want novels that cover issues they can discuss. If you want to raise awareness of women’s oppression in the medieval period, write a yarn about a girl who is walled up in a nunnery by her family who can’t afford a dowry for every daughter. She escapes via a parachute made of veils, dresses as a man, fights in the Crusades and is captured by the enemy. In the Sultan's harem, she raises the concubines' consciousness and together they overcome the fearsome eunuchs who... well, you can make up the rest yourself.

Reference all five senses on every page. Not absolutely necessary, but tell your readers something about the characters’ surroundings.

Find your voice. This doesn’t mean “assume the voice of a member of an oppressed minority”, according to writer Elif Batuman.

You can't have drama without conflict. They might have a point.

Vary your sentence structure. OK, but that doesn’t mean “make all your sentences a paragraph long and stuffed with parentheses and subordinate clauses”. Especially not if the clauses are in the wrong order, or you give away the surprise before the end.

Avoid repetition. But if you’re writing a news story about Microsoft, there’s no need to try and find synonyms like “the well-known software giant”. Make it Microsoft the first few times, then vary with “the firm” or “the company”. Find a synonym, don't just substitute with "it" or "they" or "do so".

Show don’t tell. This can end up as a set of melodramatic stage directions: “Her heart pounded like a herd of stampeding bison – her teeth chattered like castanets - her hands were blocks of mint choc ice – her face was as pale as a sheet of A4...”

Create a sympathetic central character the reader can identify with. But don’t make her too much of a perfect “Mary Sue”, with all the qualities you wish you had yourself.

The characters’ parameters must be changed by the last chapter. This means “they must pair off”.

Hero and heroine must meet by accident. As Woman’s Own once told Rumpole creator John Mortimer.

Find synonyms for “said” and “went”.

Some verbs are functional. What is the speaker doing? He accused, she informed, he wondered.

Some describe actions while speaking. Avoid: "You're welcome!", he grinned.

Some reference the method of speaking: She babbled, he quavered, she snorted.

Synonyms for “went”: He advanced, she trotted, they pattered. And my pet hate: “skittered”.

In a Victorian novel, a character might “approach”, “enter”, “retreat” or “pace” the room. The party may then “proceed” elsewhere. You may be trying to tell the reader what to think: somebody inoffensive may “trot”. To avoid being dull, your actors spring out of a chair, bolt from the room and sprint down the path. But most of these verbs are clichés and found too often in children’s books of the 70s and 80s.

Characters must develop, or as they say these days, have an “arc” and go on a “journey”. When people talk about “character depth”, they mean that they want to be party to the character’s thoughts, and progressively find out more and more about their (tragic) back story which of course explains why they are feisty, awkward, difficult, a maverick cop etc. The character him/herself must find out who he/she really is, and also discover their own confidence, strength and bravery. They must resist temptation to go over to the dark side, though you can prolong their struggle.

The rules that bedevil the [mystery] genre today are largely publisher's rules, aimed at guaranteeing sales to their base. Corpse in the first chapter, sympathetic protagonist, characters/setting attractive, extra points for bookstore/craft shop/warm community, rapid pacing, etc. And so often boring, boring, boring. (via Facebook)

Positive advice in A Short Guide to Writing Well. Only 99p for the Kindle version.