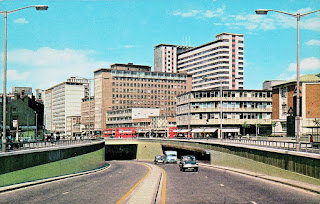 By trimming weeds on the sides of the pond you can sit on the benches and enjoy watching ducks. (Via Twitter The weeds have already been trimmed by the gardeners.)

Lined with plush carpets and velvet upholstery, Carolyn has peppered the property with feminine touches. (Daily Mail. The property, not Carolyn - you get the idea.)

Equipped with a surviving 13th century dungeon, the castle is a place any child would love to grow up in. (Not a dangler, more of a non sequitur. Unless as a four-year-old you just longed to be cast into a dungeon.)

Despite being a raging reformer, she’s my favourite Tudor. Poor Anne. (Francesca Stavrakopoulou)

It was left behind from director Cecil B DeMille's 1923 blockbuster The Ten Commandments. One of the most expensive films ever made at the time, a team of 1,600 artisans built an Egyptian city amid the sand dunes close to the Pacific Ocean. (Daily Express Jan 2018)

The deteriorating political climate between Britain and Germany led to a late switch to Britain instead at the age of six, ending up at Bedales School. (Wikipedia entry on Elizabeth Ferrars. She, not the political climate, went to Bedales.)

Now quite weather-beaten and worn, the internet was surprised to discover a few years ago that the bodies of the Rapa Nui statues were covered with tattoo-like designs. (digventures.com)

Fanned by strong winds and burning for more than a week, Californian firefighters are still struggling to get wildfires under control. (BBC)

Untouched by spade or trowel for centuries, will we be able to uncover its secrets? (Time Team)

Named after a very fine lady from North Wales, I am eating plum crumble with custard. (LC)

At over 700 years old, I'm standing outside one of the oldest universities in the world.

After eventually breaking free and calling emergency services, the snake was removed.

Beautifully preserved by the anaerobic Thames mud, I pulled this leather shoe out of the foreshore between Christmas and NY. (Mudlarks Facebook group)

Made up of shell and V stitches, you will be warm and feel wonderful in this shawl.


The Lord Chancellor sits on the Woolsack, stuffed with wool.

Some years ago I had great fun researching this hitherto unregarded portrait of Elizabeth I with David Starkey. (Dr Bendor Grosvenor ‏@arthistorynews)

The art of fishing for shrimp on horseback.

Penelope watched the horses as they galloped through the telescope.

Shoppers “have more than £9bn worth of clothes they don’t wear in their wardrobes”.

A necklace of red thread was tied round children's necks and never removed until it rotted away naturally in Warwickshire. (Hannah Spencer‏ @hspencer339)

Now at Penn Station a man is on the steps as hundreds of people pass smoking marijuana. (Via Twitter)

While the humans did not initially gain any kind of benefit from this process, over time they would have developed some kind of symbiotic relationship with these animals, eventually evolving into the dogs we see today.