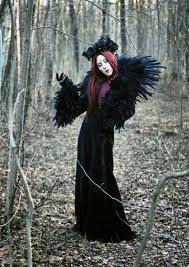 Some words look and sound very alike. They may be used interchangeably, or take on meaning from each other. They tend to be archaic, or refer to vanished ways of life. If you must use them, make sure you know what they mean.

Is this mystery opaque, obtuse, obscure, oblique, arcane, abstruse or occult?
An arcane topic is studied and understood only by a select few.
An abstruse topic is just hard to understand.
Opaque is the opposite of transparent.

Obtuse is from the Latin obtusus, meaning blunt or dull. An obtuse angle is more than 45 degrees; an acute angle is less than 45. An obtuse person is stupid, unlike those sharp people with acute intelligences. This is possibly a Victorian joke.

Obscure means hidden, hard to find, or hard to see – like a distant star.

Oblique means slanting, like this: //// But you may make an oblique, or back-handed, reference to something.

ScupperedA scupper is a drain in the side of a ship. If you scupper someone's chances you put a spanner in the works – or possibly open the drains so that the ship fills with water and sinks.

You scuttle a ship when you punch holes in the hull to sink it.

If you take a scunner to someone, have you fallen in love at first sight? Or do you loathe them on sight? According to Merriam-Webster a scunner is "an unreasonable or extreme dislike or prejudice"  According to Words & Uses by R.G. White  (1881), "Cultivated and well-meaning people sometimes take a scunner against some particular word or phrase.")

Redound, resound or rebound
They have different meanings, but they've been confused since Thomas Malory wrote about King Arthur and his Knights in the 15th century.

The Free Dictionary says redound means:
1. To have an effect or consequence: deeds that redound to one's discredit.
2. To return; recoil: Glory redounds upon the brave.

rebound   what happens when you overstretch a rubber band and it snaps back against your hand.