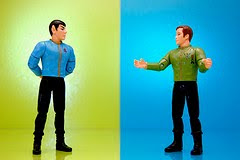 It's not logical, Captain...

a “dateline” shows where you are, not the date

cheap at half the price (shurely ‘twice the price’?)

Clegg asks you to nominate for repeal "laws that are not required and which are likely to see law-abiding citizens criminalised".

closed circle (all circles are closed)

dates to the 12th century (dates from)

Delicious is not the word! (And disgusting is?)

depthless for bottomless (American, because they’re too prudish to say “bottom”. If it’s got no depth it must be shallow.)

forewarned is forearmed (You can’t post-warn somebody.)

free gift (All gifts are free.)

fully 70ft to mean 70ft (Gosh, that’s a lot in case you hadn’t worked it out for yourself.)

head over heels in love (Your head is normally over your heels. Shouldn’t that be “heels over head”?)

jump in with both feet (You can’t jump in and leave one foot behind.)

like a coiled spring (What other kinds are there?)

not to mention (But you’ve just mentioned it.)

organic food (Unlike all that inorganic food you eat the rest of the time such as... salt.)

see if you can hear

surrogate mother when it’s her own egg (and own child).

that goes without saying (but someone’s just said it)