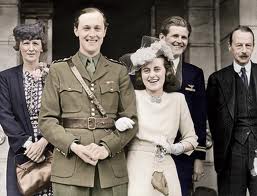 The Greeks called it litotes. What would the British do without understatement? When people are yelling and screaming and running round in circles you ask: “What’s all the fuss about?” If a friend is severely ill you say he’s “feeling a little sorry for himself”. You refer to World War I as “the late unpleasantness”. The retreat from Dunkirk was “no picnic”. If you’re surrounded by utter disaster you say “conditions are suboptimal”. You reserve overstatement ("an utterly appalling hat") for things that don't matter.

The war situation has developed not necessarily to Japan's advantage. Emperor Hirohito surrenders

These films have their defenders. (That's damning with faint praise.)

"Duchesses do not patronise these conveyances extensively..." Prospectus for the Central Line, considering fares 1891 via @VictorianLondon

A double-humped camel makes a curious appearance [at Rosslyn Chapel], even though such an animal was rare in Scotland at the time. Slate.com

The Pond for the Atlantic Ocean

A war abroad is "a little local difficulty".

According to Jonathan Miller, an upper-class American described a war situation as "rather ghastly".